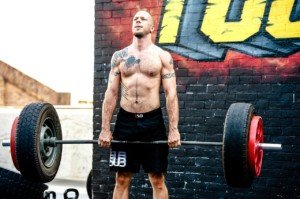 Does that nasty headache from heavy weightlifting mean you might have an aneurysm?

Sometimes heavy weightlifting (squats, deadlift, etc.) can cause a headache and make you think this is an aneurysm.

I’m a former certified personal trainer and know for certain that a headache, while doing heavy lifts, can be brought on by dehydration, even though you may not feel thirsty.

To help rule out dehydration as the cause of a bad headache that occurs during or after deadlifting, squatting or some other heavy weightlifting routine, drink plenty of water prior to working out; a tall glass worth.

Also make sure that you’ve been adequately nourished throughout the day with nutritious food.

If you nevertheless develop a headache during your weightlifting or shortly after, the first possible cause may be due to an increase in the venous pressure of the brain.

A primary thunderclap headache can be caused by heavy weightlifting. And we all know how heavy and wicked a set of deadlifts and back-squatting can be.

The primary thunderclap headache is related to the vasoconstriction of the blood vessels that feed the brain.

If you’ve been worrying about an aneurysm being triggered by your weightlifting, or if you’re troubled by headaches following your workouts, even though you’ve been drinking plenty of water, speak to your physician just to play safe.

What about an aneurysm?

If you experience a sudden-onset bad headache while working out, stop immediately.

“Patients with a history of brain aneurysm or family history of aneurysm may be at increased risk of bleeding during intensive exercises like heavy lifting or weight-squatting,” says Atif Zafar, MD, director of the stroke program at University of New Mexico Hospital and assistant professor of Stroke/Neurology at the UNM School of Medicine.

A ruptured aneurysm is called a hemorrhagic stroke.

“These exercises do not cause aneurysm per se,” adds Dr. Zafar.

An aneurysm is a bulge in a blood vessel. This can remain dormant for many years, though over time, may increase in size.

The bigger it gets, the weaker its walls get, making it more prone to rupture — at any time of the day.

So if you already have an aneurysm, then there’s a small chance that heavy squats and deadlifts – by themselves — may cause it to get bigger.

However, if you have perfectly healthy blood vessels in your brain, lifting weights will NOT cause the actual formation of the bulge. Do not mix up formation with rupture.

The actual cause of formation may be genetic as well as from smoking and uncontrolled high blood pressure. And yes, there are weightlifting enthusiasts who smoke.

Hypertension rarely presents with symptoms. So even if you feel great, don’t smoke and can lift the entire gym building, get your blood pressure checked! You can do this with a home device.

• Heavy powerlifting or other styles of strength training do not cause chronic hypertension.

• A high sodium diet can lead to hypertension.

• It’s believed that in some cases, chronic high blood pressure has a genetic cause.

Though middle age and excess body fat can bring this out, a younger leaner person can still have it simply due to the natural structures of their throat, such as a large tongue base.

Dr. Zafar also explains, “Now if a person is taking cocaine or amphetamines or has underlying hypertension, in that case, every time they would do heavy lifting or deadlifting, naturally their blood pressure will spike even more.”

So what’s the most likely cause of a worsening, pre-existing aneurysm in someone who powerlifts?

“The long-term effect of uncontrolled hypertension or drug use can cause strokes or worsen the underlying aneurysm, rather than the primary effect of these heavy exercises,” says Dr. Zafar.

A ruptured aneurysm typically presents with a most horrible, very sudden headache that incapacitates a person.

If one eyelid is drooping with the headache, this is HIGHLY SUSPICIOUS for a rupturing aneurysm. Other possible symptoms are nausea/vomiting and confusion.