Cause of One Pupil Temporarily Dilated, No Response to Light 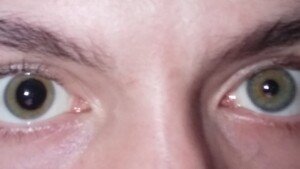 If you suddenly realize that one pupil is noticeably larger than the other and does not respond to light, take this matter seriously.

It could mean a problem with your brain.

The key issue here is the lack of response to light, as in, shining a flashlight into the larger pupil and observing no response.

Or, if you’ve been in a dim room and then flip on the lights, holding a mirror before yourself, and you see the “normal” pupil adjusting, but the other one doesn’t show much response.

This is very concerning – even if it was temporary and soon after, your pupils seem to be the same size again and are responding to changes in light.

“If you had your eyes dilated at the eye doctor’s office and one is still dilated, the dilation will go away by the next day,” says Dr. Brian Boxer Wachler, MD, eye surgeon and founder of The Boxer Wachler Vision Institute, and developer of the Holcomb C3-R® procedure which treats a degenerative eye disease.

However, when someone notices that one pupil is bigger than the other, there may be no recent history of optometrist eye drops to dilate the pupil.

Dr. Boxer Wachler explains, “Without being dilated with eye drops, if one pupil is dilated and not responsive to light, this could be from a brain tumor. You need to get it checked out immediately.”

It may also be caused by a brain aneurysm – another serious condition that needs prompt medical attention. 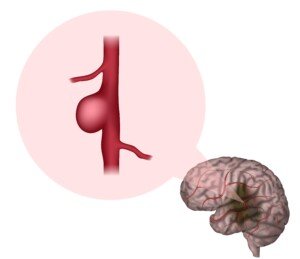 A brain aneurysm is a bulge in a blood vessel that may rupture, spilling blood into the brain. Shutterstock/Veronika Zakharova

There is yet a third very serious condition that can cause the appearance of one pupil larger than the other: ocular melanoma.

If the dark cancerous pigment is in the pupil, it can create the illusion that the pupil is more dilated than the other, when in fact, what the patient is seeing is the dark pigment of the cancer expanding beyond the pupillary border.

Can It Ever Be Normal for One Pupil to Be Bigger than the Other?

Yes. This is called physiologic anisocoria. It can come and go and alternate eyes.

However, there’s two things to note about this benign condition which affects an estimated 20 percent of the general population.

• The difference in pupil size is very minimal, not particularly obvious, and almost always detected by the individual himself rather than someone speaking to him.

• Both pupils respond to light normally.

• There are no other associated symptoms.

• This is a harmless phenomenon of body asymmetry, just like, for instance, one nostril might be bigger than the other.

Dr. Boxer Wachler has delivered hundreds of lectures on eye surgery to thousands of eye surgeons from around the world, and is a pioneer in keratoconus treatment.se of One Pupil Temporarily