Are Unexplained Nosebleeds a Sign of Future Brain Aneurysm? 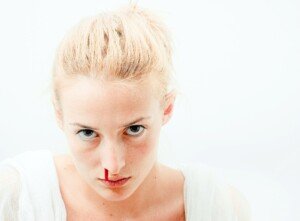 Are your recurring nosebleeds making you fear that this means either a current or future brain aneurysm?

A brain aneurysm that ruptures is called a hemorrhagic stroke.

We all get occasional nosebleeds that usually we can connect to dry air, hard blowing and even picking the nose.

But a nosebleed that keeps happening in the absence of these triggers can become worrisome and make people wonder if this symptom indicates a current or future brain aneurysm.

“This is a misconception,” begins Atif Zafar, MD, director of the stroke program at University of New Mexico Hospital and assistant professor of Stroke/Neurology at the UNM School of Medicine.

“Here is why this misconception got generated decades ago,” continues Dr. Zafar.

“Patients with uncontrolled hypertension [high blood pressure] are at higher risk of having nosebleeds.

“I know of many young patients who were diagnosed with hypertension after being worked up for recurring nosebleeds.

“Smoking can also be associated with dryness-triggered nosebleeds.

“Now, hypertension and smoking are the two most common etiologies associated with brain aneurysm formation and its rupture.

“The third factor is family history or genetic predisposition [to brain aneurysms].

“When we counsel patients with brain aneurysm — family history, smoking and hypertension are the three things we talk about.

“Since we cannot do anything about the genes yet, we strongly recommend aborting smoking and aggressively managing high blood pressure to minimize the risk associated with aneurysmal bleed or aneurysmal progression.

“I strongly believe that is why the idea that nosebleeds and aneurysm go hand-in-hand was born. I hope it makes sense.”

If you’ve ever seen a man deadlift an enormous amount of weight for a competition – enough weight to noticeably bend the bar – you may have observed blood dripping out of his nose. This side effect is well-known in the powerlifting community.

Blood pressure rises everywhere in the body when it rises, rather than locally. If it’s high enough, such as during straining to deadlift over 700 pounds, the very tiny blood vessels in the nose will burst – resulting in the nosebleed.

So if you have a baseline blood pressure that’s high enough, then you can see how a nosebleed can result every so often.

What exactly is a brain aneurysm?

An aneurysm is a bulge in a blood vessel. The mere presence of this bulge in the brain has NO connection to the blood vessels in the nasal cavity. 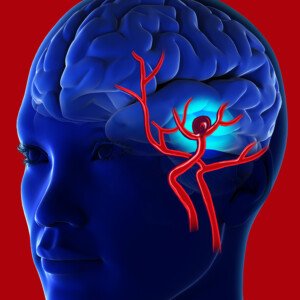 And by the way, if you’re wondering if cancer can cause recurring nosebleeds, the answer is yes.

Often we think of leukemia as the cause (which is true in some cases).

However, a cancerous tumor in the nose can also cause nosebleeds and other symptoms.