Can Chronic Subdural Hematoma Be Fatal if Untreated? 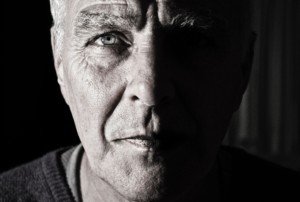 Is it possible for a chronic subdural hematoma to be fatal, being that the bleeding in the brain is slow?

Chronic subdural hematoma, unlike the acute (rapid bleeding) version, gives the patient plenty of time to get to the emergency room for treatment.

Unless the patient lives in the jungle or in a poorly developed nation with rudimentary medical facilities, he or she will see a doctor when the symptoms of chronic subdural hematoma begin developing.

Maybe not right away, but eventually. The symptoms of chronic subdural hematoma may be so slow-developing and/or seemingly innocuous, that the patient might end up choosing to make an appointment with his primary care physician, rather than get to the ER pronto.

Because symptoms of chronic subdural hematoma can mimic that of a stroke, or interfere with daily living (e.g., a horrendous and persistent headache), the patient typically won’t waste too much time getting to a doctor…

Unless he resides in a developing nation with no adequate medical care, or lives alone and has pre-existing depression or other mental illness that keeps him in bed, or lacking insight, as the symptoms of chronic subdural hematoma worsen.

“A small cSDH with no or minimal brain compression could be observed expectantly with serial CT scans,” says Kangmin Daniel Lee, MD, a neurosurgeon with New Jersey Brain and Spine. (He was not my mother’s surgeon.)

This happened with my mother who had two chronic subdural hematomas on her first CT scan, but only the bigger of them (the one that eventually recurred) was surgically drained.

The other one was only four millimeters and was only observed.

Dr. Lee continues, “It would be important to get ‘treatment’ in the form of adequate blood pressure monitoring and modulation,” regarding cSDH’s with no or minimal brain compression.

“So there are a number of other treatments besides surgery that are necessary for an adequate evaluation of someone with a chronic subdural hematoma.

“In the situation where all of these other factors are monitored and controlled, a patient with a small chronic subdural hematoma could easily be observed and monitored without surgical intervention.”

The 4-mm chronic subdural hematoma in my mother resolved without treatment.

Dr. Lee says, “If no rebleeds occur and the SDH does not grow in size, then the SDH would likely eventually get reabsorbed.

Occasionally the SDH may just remain stable in size indefinitely, and if the patient has minimal or no symptoms, then no intervention would be indicated.”

My mother’s first set of symptoms were not minimal and could not be ignored. They started out with a  headache of crippling proportion, along with profound weakness in her legs. Who can let something like this go untreated?

Can You Ever Die from a Chronic Subdural Hematoma?

Dr. Lee explains, “Chronic subdural hematoma can definitely be fatal, if reabsorption of the hematoma does not occur then, but in general patients do seek medical care prior to getting to this point.”

The day of my mother’s first occurrence, I took her to the ER. The recurrence, however, came on gradually, with its first symptom masquerading as a post-surgical daily headache that we thought would eventually stop. But it got worse.

And then came the accidentally dropped items that, initially, masqueraded as lack of attention.

But when my mother couldn’t place her left index finger to her nose while her eyes were closed, and when she struggled to pick a straw up with her left hand, I knew that the chronic subdural hematoma was recurring.

“This kind of data would be generally difficult to collect, but mortality from chronic subdural hematoma after surgical treatment is low – about 13 percent.”