Why Can Ovarian Cancer Cause Leg Pain? 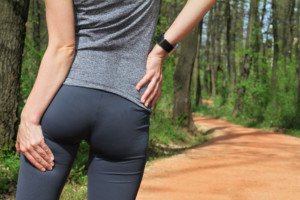 Ovarian Cancer Can Cause Leg Pain, but Why?

One of the symptoms of ovarian cancer can be leg pain.

Ovarian cancer has been nicknamed the silent killer because often, symptoms don’t start presenting until this malignancy has spread outside the uterine cavity, sometimes not until it has spread to organs or distant sites in the body such as the breast.

Ovarian cancer’s symptoms are frequently misdiagnosed for more benign ailments such as gastrointestinal disturbances, the aches and pains of getting older, a musculoskeletal injury and even stress.

As for the leg pain being a symptom of ovarian cancer, I asked Randy Fink, MD, Director of the Center of Excellence for Obstetrics & Gynecology in Miami, FL.

He explains: “Presumably, growth of tumor in the pelvis may cause compression on one or more nerve groups.

Leg pain can be associated with any process that has potential to cause pelvic pain: uterine fibroids, benign ovarian cysts, ovulation, endometriosis, or even just routine period cramps.”

In addition to leg pain, the symptoms that have been caused by ovarian cancer are (no particular order):

Feeling of heaviness in the pelvic area

Feeling the urge to void though nothing comes out.

Though about 90 percent of women with newly-diagnosed ovarian cancer are over age 50, younger women should have their ovaries examined if they present with the previously mentioned symptoms.

If you’ve been experiencing any of those symptoms for longer than a few weeks, see your gynecologist and request to have a complete exam of your ovaries. 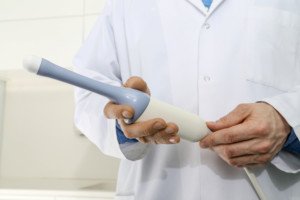 The premier ovary exam is the transvaginal ultrasound. Shutterstock/Doro Guzenda

Some young women, who’ve had ovarian cancer, were told by their doctors that they couldn’t possibly have this disease because they were “too young.”

Women in their 20s can get ovarian cancer, though this is rare.

In fact, here is the age bracket breakdown for the period 2002-2006 (National Cancer Institute):

It’s impossible to say that leg pain can ever be the only symptom of ovarian cancer.

A woman with these symptoms that persist should have a thorough gynecological exam.