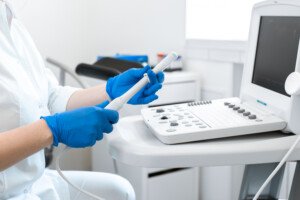 “An ultrasound can occasionally identify a mass as ovarian cancer but should not be used to rule out ovarian cancer if a mass is not detected,” explains Robin Cohen, former oncology RN and currently the CEO and co-founder of the Sandy Rollman Ovarian Cancer Foundation.

“An ultrasound should not be used as a stand-alone screening test,” continues Cohen.

If a woman presents to her gynecologist with symptoms suspicious for ovarian cancer, her doctor will want to order an ultrasound.

This is the next step, and though a highly suspicious mass may show up, a diagnosis is never made at this point.

A protocol is put in place, depending on the specific features of the mass and the doctor’s approach, but an ultrasound cannot outright detect, with reliable accuracy, a stage 1 or any stage ovarian cancer tumor.

If the ultrasound reveals no mass, as Cohen explains, the presence of ovarian cancer should not be ruled out until further tests are done. stage 1

What often happens is that a woman, upon realizing that she’s been having new-onset but non-severe symptoms for a few weeks or so, makes an appointment with either her general practitioner or a gastroenterologist.

Symptoms of ovarian cancer include bloating, abdominal pain from a feeling of gas, abdominal distension, suppressed appetite, constipation or diarrhea, pelvic discomfort or fullness, back pain or leg pain. stage 1

For these women, the first thought that enters their mind is perhaps a longstanding infection from “some bug,” or a little GI problem that can be fixed with a prescription drug.

Unfortunately, the general practitioner and the GI doctor may NOT suspect ovarian cancer. 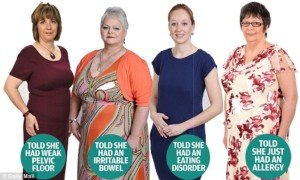 Sometimes another diagnosis is made instead, such as irritable bowel syndrome.

This scenario occurs often and explains why ovarian cancer is one of the most misdiagnosed diseases.

It also ranks right up there among the medical conditions that take a really long time to finally get diagnosed from the time the first doctor visit is made.

This is why a gynecologist is the first doctor a woman should see for the aforementioned symptoms.

She should ask the doctor, “Are my ovaries okay?”

If the problem turns out to be irritable bowel syndrome or some other benign condition, it can wait. But ovarian cancer can’t! stage 1 detect