Can Spotting After Sex Be Caused by Ovarian Cancer? 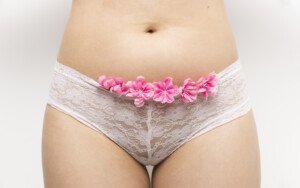 A woman is not supposed to bleed or spot after having sex, and many women wonder if this could be a sign of ovarian cancer.

The more common symptoms of ovarian cancer include abdominal bloating or fullness, loss of appetite, pelvic pain or heaviness, and a frequent urge to urinate.

Two other symptoms that can be caused by ovarian cancer are back pain and leg pain.

Currently there is no reliable screening tool for this disease. Every year in the U.S. about 22,.200 women are diagnosed with ovarian cancer, which has a five year survival rate of 47.4 percent, says the National Cancer Institute.

But what about bleeding or just a little spotting after engaging in sexual relations?

“Pain with intercourse is a reported symptom of ovarian cancer,” says Robin Cohen, former oncology RN and currently the CEO and co-founder of the Sandy Rollman Ovarian Cancer Foundation.

Cohen continues, “However, spotting after sex is not. It is also a symptom that is found frequently in the general population of women without cancer.”

Cause of spotting after having sex?

When a woman’s estrogen levels begin dropping due to the premenopausal phase in her life, she may start developing dryness in the vaginal tissue.

The dryness means that the natural lubrication that occurs during sex is not present in sufficient quantity.

Penetration, then, can cause tiny tears in the dry and unlubricated vaginal tissue, leading to spotting.

In postmenopause, a woman commonly experiences vaginal atrophy (shrinkage) due to the very low levels of estrogen.

Vaginal atrophy is characterized by dryness, lack of cervical mucus (the lubricant), sometimes pain during intercourse, and occasional spotting due to the tiny tears in the dry vaginal tissue.

Certainly, if you’ve been spotting during or after sex, you’ll want to get an examination by a gynecologist, but at the same time, there is no reason to panic about ovarian cancer.