How Does Ovarian Cancer Affect Menstruation? 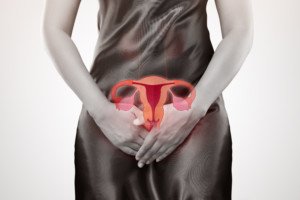 Cohen adds that menstrual changes “do not present in all women depending on size and location of the [ovarian cancer] mass.

“It is not a symptom used to diagnose ovarian cancer because, much like other ovarian cancer symptoms, menstrual irregularities are found frequently in the general population of women without cancer.”

If your only symptom lately is a change in the dynamics of your monthly cycle, this is far more likely to have a cause other than ovarian cancer.

This is especially true if you’re in your 40s and even 30s (periomenopause), or are on birth control pills or injections.

• Side effect of some medications

Uterine cancer can cause vaginal bleeding which mimics a change in menstruation.

Because alterations or irregularities in a woman’s period is so common in the general population, this situation needs to be taken in a larger context:

Are you also suffering from other symptoms that are consistent with ovarian cancer? These include:

• abdominal discomfort or bloating
• an increase in abdominal girth
• smaller appetite
• pelvic pain or heaviness
• feeling a need to urinate despite voiding
• back or leg pain. period

“The treatment of ovarian cancer is often a full hysterectomy, which leads to early menopause,” adds Cohen.