Why Does My Eyelid Twitch After I Sneeze? 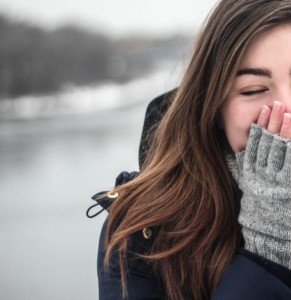 Achoo! And here comes the eyelid twitch, right after the sneeze.

Does this happen to you? Sometimes the eyelid twitch persists for a minute or so afterward.

And other times, maybe there is only one twitch of the eyelid after a good sneeze.

What Sets off an Eyelid Twitch after a Sneeze?

Could it be that the sneeze causes a jarring and jangling of things, and the tiny, minute muscles of the eyelid get caught up in the act?

“One mechanism is that sneezing involves so many muscles in a coordinated movement, that ancillary muscles may be incorporated by the body to ‘stabilize’ itself,” explains Dr. Ravish Patwardhan, MD, nationally-renowned neurosurgeon and founder of Comprehensive Neurosurgery Network LLC.

“Similar to grimacing when lifting heavy weights, this may also be a compensatory mechanism.

No matter how strange the twitching (also known as fasciculation) may feel, one should not necessarily get alarmed over this.

This does not necessarily signal that you might have a neurological problem.

Millions of eyelids twitch day in and day out, all across the nation, many preceded by a good sneeze.

In fact, it’s not uncommon for a sneeze to result in a fasciculation elsewhere in the body, such as in the abdomen or trunk. This can happen.

A sneeze can be quite potent, getting what seems like the whole body involved.

This sudden physical action can literally shake someone halfway out of a chair, or cause a person to lose control of a car if it occurs while they are driving.

And we all know how loud sneezes can be, even though I’m convinced that the loudness of a sneeze is directly proportional to how many people are within earshot of the guilty person!

Yes, nobody sneezes as loud as a jackhammer when they are the only ones in a room.

I’m convinced that loud sneezing is an attention-getting tactic. But anyways, back to the eyelid twitching phenomenon.

Dr. Patwardhan continues, “Sneezing and yawning (as well as swallowing or breathing, for that matter) are very coordinated behaviors, done involuntarily many times; many theorize about why we yawn or sneeze (or sigh), as the full answer is really not presently known.”

In conclusion, any kind of benign muscle fasciculation, including that twitching eyelid, following a hard sneeze, is absolutely nothing to worry about.