Painless Ongoing Diarrhea As Only Symptom: What This Might Be 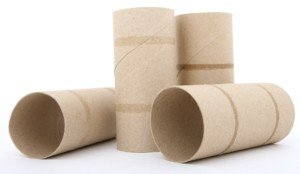 Are you experiencing sudden diarrhea out of the blue for no apparent reason, and other than the diarrhea, you feel fine?

Is the diarrhea particularly watery or “liquidy”? Perhaps between episodes of this mysterious diarrhea, you feel perfectly normal, even quite fit and healthy.

What medical condition presents with sudden-onset diarrhea that then persists, and no other symptoms?

It may very well be microscopic colitis. However, it may also come with other symptoms: abdominal cramps, nausea and mild joint aches.

But painless diarrhea is the key symptom of microscopic colitis.

“The differential for painless diarrhea would include microscopic colitis, irritable bowel syndrome, cancer, food allergies or sensitivities, some infections, pancreatic insufficiency and medications,” says Alan Gingold, DO, a board certified gastroenterologist with the Digestive Healthcare Center of NJ.

“Microscopic colitis is a chronic inflammatory condition of the colon where the inflammation is at the cellular level and can only be seen by microscope.”

I’ve had microscopic colitis, and my gastroenterologist told me that this can be mild to severe.

In severe cases, a person may be having diarrhea many times a day and lose 30 pounds.

“The disease is broken down into two subtypes: lymphocytic colitis and collagenous colitis,” says Dr. Gingold.

“Usually presents in middle-aged females and presents as intermittent bouts of non-bloody diarrhea that typically comes and goes on its own.”

Men and younger women are not immune, though.

My doctor initially diagnosed me with an intestinal infection — before he performed the colonoscopy.

Before the doctor entered the colonoscopy room, his nurse actually suggested that I had IBS — irritable bowel syndrome.

The nurse then thought that my diarrhea might have been caused by mental stress.

He told me that he himself suffered from diarrhea for two weeks following his divorce.

But I knew my diarrhea couldn’t have been caused only by stress, because it was not normal-appearing diarrhea.

The diarrhea of my microscopic colitis was light brown, almost tan, and tended to assume a tinge matching the color of the foods I had eaten the day prior.

I saw chunks of food in these loose, flimsy stools

Sometimes the bowel movements were pure diarrhea, spewing out very easily and dispersing all over the place in the toilet water.

Other times it appeared to be in solid pieces, but then when I prodded the pieces with a cotton swab, they instantly dispersed. I saw food bits everywhere.

This was all the result of microscopic colitis, an inflammatory bowel disease.

“It may be due to an autoimmune condition — although chronic use of NSAIDs (e.g., Alleve) have also been suggested as a possible etiology.

“Because there are many other conditions that can present similarly, it’s a diagnosis made by taking a biopsy of the colon during an endoscopic exam by your gastroenterologist.”

Samples of the inner lining of the large colon are collected and sent to a pathologist.

This is why a colonoscopy is required to confirm microscopic colitis.

If you’ve been experiencing sudden-onset (though this is not always the case) diarrhea, particularly watery in nature, and especially if it contains food particles — and you have no other symptoms — you may very well have microscopic colitis.

But remember — only a colonoscopy can confirm this.

Microscopic colitis may resolve on its own for some individuals.

In severe cases, medications can be prescribed. Kefir may also relieve the diarrhea.

Orange Diarrhea: Some Causes Are Serious

Bits of Foam in Diarrhea Explained by Doctor

Can Diarrhea Be the Only Symptom of Colon Cancer?