Orange Diarrhea: Some Causes Are Serious 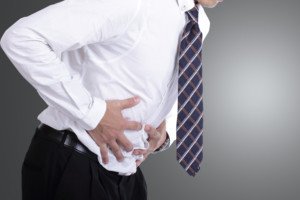 Have you had orange diarrhea lately?

That must have been a surprising sight, maybe even an alarming sight, since loose stools are supposed to be brown (though a little greenish is okay), not orange.

Diarrhea can come in an assortment of colors, and orange is one of them.

If you wish to examine the color of your bowel movements, the best way to do this is to make sure, first of all, that the lighting in the bathroom is good.

Next, if possible, urinate before you release your movement.

Next, flush the toilet so that the yellow of the urine won’t taint your perception of the color of your diarrhea.

When viewing the color of your bowel movement, lift the toilet seat up for a better view and better lighting.

“Stool can vary in color for a number of reasons,” says Edward Cruz Paredez, MD, a board certified gastroenterologist based in La Jolla, CA.

“The common colors of brown and green are due to the digestion of food and combination with yellow/green bile secreted by the liver.”

But what about orange diarrhea?

Dr. Paredez continues, “Orange diarrhea may be the result of infectious diarrhea, which causes rapid transit through the intestine, which limits the amount of bile in the stool.

“Less commonly it could also occur from a blockage of the bile ducts, which can be seen in cases of gallstones or bile duct or pancreatic cancers.”

Bile duct cancer and pancreatic cancer are the life-threatening medical conditions that can result in orange diarrhea.

However, this color in your bowel movements rarely means cancer.

Another potential cause of diarrhea that has an orange tinge to it, is microscopic colitis, an inflammation of the lining of the large colon.

So if you eat something that’s reddish or orange (not necessarily fruit; this could be the contents of a seasoning packet for rice), some of that may not get digested and will end up in your diarrhea — giving it an orange tinge.

Can Diarrhea Be the Only Symptom of Colon Cancer?