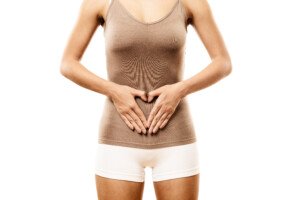 So do you have IBS (irritable bowel syndrome) or microscopic colitis?

After all, the symptoms overlap. Furthermore, symptoms of microscopic colitis can vary greatly from patient to patient.

“Microscopic colitis generates diarrhea which is for the most part continuous,” says Matthew M. Eves, MD, F.A.C.G., a gastroenterologist in Alabama.

“The diarrhea with IBS does not have the volume microscopic colitis does.

“Unfortunately, many physicians do not adhere to the strict definitions of irritable bowel syndrome and because of that, microscopic colitis has a tendency to be misdiagnosed as IBS.”

Microscopic colitis is more likely to be misdiagnosed as irritable bowel syndrome, than the other way around, and this mix-up is actually rare.

Microscopic colitis can only be properly diagnosed (and definitively at that) with random large-colon tissue biopsies via colonoscopy, which are then examined under a microscope.

“There are, however, several primary care physicians who will listen to the clinical symptoms and diagnose IBS based on that,” says Dr. Eves.

“Because many physicians see IBS as a diagnosis of exclusion, if the workup is not complete, the door is left open for missing microscopic colitis.”

“Basically you have to have a change in bowel pattern associated with abdominal pain.

“Some would argue that a diagnosis of IBS could be made if these criteria are rigidly applied.

“This is done to establish IBS as a more legitimate diagnosis even though there is no test to confirm its presence.”

Dr. Eves continues: “IBS that meets the Rome criteria is but a small part of a larger spectrum of disorders.

“So by using the criteria you would improve diagnostic accuracy of the single entity of IBS, but miss other disorders of the enteric nervous system commonly called functional disorders.”

Dr. Eves adds that most non-GI physicians view irritable bowel syndrome and functional disorders as one and the same.

And from a practical point, they are indeed synonymous, says Dr. Eves.

“The patient has abdominal pain and usually some bowel symptoms or bloating and wants relief.

“Whether it meets the definition of IBS or not, I still treat with antispasmodics, cathartics, anti-diarrhea agents and antidepressants primarily.

“I keep changing the mix until I get the patient to a point where the impact of the symptoms is minimized.

“It is frustrating because I’m not fixing the problem.  In fact, we don’t even really know what the problem is.”

If this sounds like a mess to sift through, it is. To avoid it, the patient must have a colonoscopy to test for microscopic colitis.

“If a patient presents with diarrhea for more than four weeks, they ought to have a colonoscopy.

“There is no getting around it.  Ulcerative colitis and Crohn’s disease could be missed as well.

“Unfortunately, the physician must recognize the possibility of microscopic colitis.

“If he does not he will lump them in with IBS patients.  That is why chronic diarrhea, which is a complex illness, ought to be worked up by a gastroenterologist.  Unlike acute diarrhea, it will not go away on its own.”

With more than 20 years of diverse experience, Dr. Eves cooperates with other doctors and physicians in medical groups including Imc-Gulf Coast Gastroenterology PC.