IBS Waking You Up At Night: Causes and Solutions 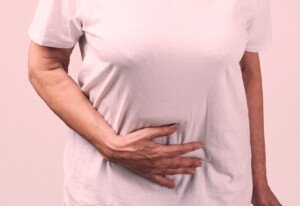 A GI doctor has some very surprising news for sufferers of IBS who keep getting wakened overnight by cramps and diarrhea.

If you’ve been diagnosed with irritable bowel syndrome, you already know what this does to your day to day life.

You may have the diarrhea kind (IBS-D) or the constipation type (IBS-C), or it may jump back and forth.

The cramping and diarrhea can be so bad for many people with IBS that they will withhold eating all day at work just to minimize the problems.

But What About Nighttime Abdominal Pain and Diarrhea?

Dr. Oneto explains, “In other words, patients with IBS don’t have abdominal pain or diarrhea that wake them up at night.”

Dr. Oneto says that if you’ve been getting wakened overnight on a chronic basis (which would likely rule out food poisoning) by cramping that’s relieved after you have diarrhea, “see your doctor because other conditions should be ruled out.

“Don’t just assume ‘it’s just IBS.’ Abdominal pain, for example, can be caused by several conditions, like gastroesophageal reflux or ulcers of the stomach or small intestine.

“Diarrhea can be caused by gastrointestinal infections, celiac disease and inflammatory bowel disease, among others.”

Likely Scenarios
You may actually have IBS. However, this does not make you immune to an inflammatory bowel disease – of which IBS is not.

There is an uncommon inflammatory bowel disease that is well-known for causing middle of the night lower abdominal pain that’s relieved with diarrhea: microscopic colitis.

IBS should be a diagnosis of exclusion. There are no tests that show irritable bowel syndrome.

But when all other tests for conditions that produce the symptoms of IBS come up negative, then a diagnosis of IBS is made.

The diagnosis becomes even stronger when, over time, the patient does not develop additional symptoms that can point to a misdiagnosis of a more serious disease – symptoms such as bloody stools, unexplained weight loss and vomiting.

But somewhere along the way, this patient with IBS developed microscopic colitis, and it is THAT that is waking him or her up overnight.

The pain preceding the diarrhea can be severe, and the diarrhea is often explosive and watery, splattering the sides of the toilet bowl as it gushes out.

The patient may not know the diarrhea is coming until literally moments before they feel it’s going to come.

Another scenario is that the patient never had IBS, but had microscopic colitis all along and was misdiagnosed.

The daytime symptoms of IBS and MC significantly overlap, but MC is infamous for nocturnal diarrhea.

If you were diagnosed with IBS but never had a colonoscopy, and you waken at least once a night on most nights (or in the wee hours of the morning) to have diarrhea, you’d better get a colonoscopy.

A colonoscopy is the only way to diagnose microscopic colitis as well as two other IBD’s: ulcerative colitis and Crohn’s disease.

Celiac disease is diagnosed with a blood test (did you have the celiac sprue test?).

Overnight diarrhea, especially watery, does NOT point to colon cancer.

Dr. Oneto’s expertise includes colonoscopy, endoscopy and liver and pancreatic disease, and her special interests include colon cancer screening and prevention, and management of GERD, IBS and obesity.