What Makes My Gas Smell So Bad? 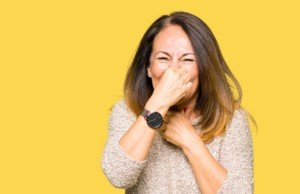 Pheeuw, do you have really bad smelling gas?

It’s been said that really foul smelling gas means that the offender is very healthy. Of course, this is just a crazy myth.

“Silent but deadly” has been used to describe the smell of human gas. I asked what makes flatulence smell so bad to Edward Cruz Paredez, MD, a board certified gastroenterologist based in La Jolla, CA.

First of all, just what are “farts” made of?

So what about flatulence, then, is responsible for its awful odor? 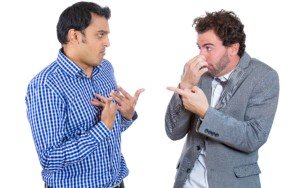 “Humans actually expel little methane compared to ruminants such as cows and sheep.”

There is another explanation yet, for why the gas of humans stinks so bad.

“Humans hold their gas in much of the day and allow longer periods of fermentation compared to most animals who pass gas every hour!” says Dr. Paredez.

“This is especially true with the modern workforce who work indoors in close proximity to other people (i.e., cubicle workers).”

Interestingly, a person may not even think that his own flatulence smells that bad.

But the odor from the flatulence coming from other people can just about knock him flat on his back.

“A change in diet or a medication can often trigger a period of particularly bad smelling gas,” says Dr. Paredez.

Some people have reported that cutting back on carbohydrates, especially the carbs that are found in processed food, results in less flatulence, and thus, less odor.

Some medical conditions can cause very foul smelling gas, such as irritable bowel syndrome and inflammatory bowel disease.

However, these conditions bring with them other symptoms that are difficult to ignore, such as diarrhea, change in appearance of stools, abdominal cramps and sometimes abdominal pain.

If you’re not able to trace your foul smelling flatulence to foods, then make an appointment with a gastroenterologist, who will then order some tests to see if there is a medical cause. A stool sample test may be one of the tests ordered.

Your doctor may also recommend a colonoscopy, even if you’re in your 20s or 30s; colonoscopies are useful for detecting inflammatory bowel disease.