Are Autism Diagnoses Given to Make Money? 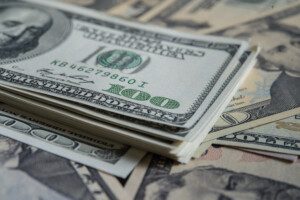 A reader commented on my post that autism is the latest fad diagnosis, engineered by Big Pharma to make money, like ADHD is.

Is ASD also an excuse for rude behavior? The reader thinks so.

Clinically diagnosed with Autism Spectrum Disorder in 2022, I not surprisingly have read up quite a bit on ASD – including before my assessment.

The reader has no concept that some conditions can present on a spectrum. For example, “overweight” is a term that’s frequently used by medical professionals.

It can mean many things. A person who goes on 10 mile hikes can be overweight. But this same condition can impair a person’s ability to walk from one room in the house to another.

Likewise, ASD comes in different flavors, shapes and colors. The reader thinks there’s only one type of autism: the one that’s known as the stereotypical kind, in which the affected person is noticeably disabled or outwardly strange.

This reader, and those who think just like him, believe that people are getting diagnosed left and right with autism so that the drug and therapy companies can make money.

First of all, there’s no “autism drug” on the market.

“There is not any pharmaceutical treatment for autism, so there is no money to be gained from pharmaceutical companies,” says Dr. Jessica Myszak, licensed psychologist, and director of The Help and Healing Center, whose practice is mostly autism assessment for adults.

Though an autistic person may be taking a drug, it’s not for autism. It may be for the ADHD, anxiety or depression that they also just happen to have.

Second, let’s pretend there is a drug for autism. Let’s call it Autisticine.

A psychologist isn’t going to make money or get a kickback for diagnosing ASD — because a psychologist cannot prescribe a drug. Only a medical doctor can.

Thus, the idea that a psychologist or neuropsychologist can make money by inflating autism diagnoses is just plain whacked.

Maybe the reader was also supposing that the more autism diagnoses that a psychologist gives, the more therapy sessions their clinic will get.

Well, here’s the problem with this theory. Autism, because it’s not a mental illness, does not respond well to psychotherapy or mental health counseling, as would be the case with depression, anxiety, OCD and phobias.

This is not to be confused with the autistic people who seek “support” for specific issues such as improving social skills.

These are typically workshops, and the leaders may even be autistic themselves.

“There is money being made in various autism therapies, but the companies that offer these types of therapies and programs are typically not able to diagnose autism, so the people who are making diagnostic decisions are separate from any financial gain tied to the diagnosis,” explains Dr. Myszak.

One of these therapies is ABA: applied behavior analysis. However, this is geared towards children, not the “late in life” diagnoses in adults.

In order for this profit-making theory to be true, a psychologist would have to have a business relationship with an ABA provider, in which the latter agrees to give the psychologist a cut of the payment for ABA services by every new parent whose child was diagnosed by that particular psychologist.

Come ON, this is just not believable.

Another reason this theory doesn’t hold water (yes, we Autists can use idioms) is that the very people who got through childhood and adulthood without an autism diagnosis are the ones who extremely likely wouldn’t have needed ABA services anyways.

For example, had I been diagnosed in childhood, there is no way I would’ve needed or benefited from ABA. I did not exhibit severe deficits in communication.

Yes, I missed social cues, preferred solitary play, tended towards literal thinking, developed hyperfixations and saw the world differently, but these features would not have made me a candidate for ABA.

People who get a diagnosis of autism in adulthood don’t go signing up at the local ABA provider.

“Psychologists, psychiatrists and pediatricians who evaluate for autism are paid for the evaluations they complete regardless of the final result, and there is no financial incentive for these professionals to make a determination one way or another,” says Dr. Myszak.

Another interesting note is that on the initial intake form for my evaluation, I checked the box noting that I was only interested in diagnostics. I left the one for therapy blank.

I got the ASD diagnosis anyways. Why? Because I hit all the criteria. Plus, ASD was my only diagnosis.

If the provider was money-hungry and thus over-diagnosing clients, why wasn’t I also diagnosed with a condition that would have possibly made me want to seek therapy, such as OCD, anxiety or depression?

Yes, the criteria have been expanded. But the fields of psychology and neuropsychology, as well as medicine, are ever-evolving.

For example, the age at which routine colonoscopies are recommended to begin has been lowered from 50 to 45.

Get it: Medicine EVOLVES.

And so do the fields of psychology, neuropsychology and psychiatry (psychiatry, actually, is a branch of medicine).

All my life I’ve felt like a different species of human. If this isn’t autism, then what the heck is it? And it comes with numerous other traits that are autistic.

My siblings think that I’ve been missing social cues for years. Thus, there is an objective component here.

To the reader: I AM autistic. Like a tee-shirt that I have says: “Autistic. Deal with it.”

Autism As an Excuse for Rude Behavior

Just because there are Autistics who cite their condition as an excuse, doesn’t mean they were misdiagnosed. This is extremely flawed logic.

I read about an autistic woman who said her autistic husband used his diagnosis as an excuse for unacceptable behavior.

Nobody ever said that autistic people can’t be jerks. We’re HUMAN. Of course we can be jerks. Jerk-hood comes with being human, regardless of neurotype.

The woman posted that she told her husband, “You have Asperger’s, not asshole burgers!” He quit being such a jerk.

Here’s the article with the reader comment: Diagnosed with Autism in Middle Age