Does Your Little Girl Want One Braid and One Pigtail? 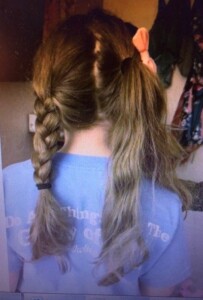 Do you have a young daughter who wants a braid on one side and a pigtail on the other?

Here’s what you should know if you won’t allow this.

You may be puzzled over why your young child wants her hair done this way.

If your daughter wants you to put one braid and one pigtail in her hair at the same time, then do it.

A visitor posted a picture of the back and front of her daughter to show off the braid on one side and the pigtail on the other.

A woman posted a comment to the picture: Her three-and-a-half-year old daughter, at daycare, managed to braid one side of her hair and put the other side in a pigtail.

The daycare provider then kept asking her if she was sure she wanted it that way.

Braid on One Side, Pigtail on the Other

What does it mean, though, if your young daughter requests this?

• They’re not afraid to think outside the box.
• They like to be original, inventive and creative.
• They want to be their own person.

These thought processes will pave the way to future success.

In order to be successful, one must think outside the box and not worry what others will think! 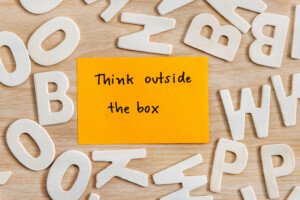 To be a trailblazer, one must dare to be the orange among the apples.

Originality, creativity and thinking outside that blasted little box are requirements to excel in many fields – so many, that I’ll list only a handful: art, music, writing, medical research, scientific research, computer programming, sales.

But it also has applications in day-to-day life. I grew up during a time when it was still very unacceptable for women to lift weights at a gym – unless they were tiny pink dumbbells.

But I didn’t care what the men thought. I lifted hard and heavy at age 17, as a freshman in college, in a large room full of grunting men.

So if your young child expresses some original thinking, the last thing you’ll want to do is shut down these thought processes.

“When children are constantly questioned on their harmless choices, that engenders a sense of self-doubt that can be pervasive for several years or decades,” says Patricia Celan, MD, a senior psychiatry resident at Dalhousie University in Canada.

“Children tend to be more creative than most adults. As a result, some actions or requests may be unusual, because they have not yet learned the norms and expectations of society,” explains Dr. Celan.

“However, supporting that creativity is beneficial to encourage innovation and sustain self-esteem.

“Challenging children’s choices should be done with an open mind.

“Is the choice going to cause damage to that child or someone else?

“If not, teach your children that you will support them no matter their choices in life, and that self-confidence will open doors for your child.”

So if your little girl wants one braid and one ponytail, then doggone it, indulge in her request. You won’t be spoiling her – not any more than my mother spoiled me when I would play the piano my way.

I began playing piano at age five; my mother was my instructor. I learned many pieces by classical composers.

Then one day I began playing a piece with the start moved up by one note, which meant that every note was moved up by one. The piece sounded very dissonant.

But my mother never told me to stop doing this. I went on to compose simple songs and appreciate classical symphonies.

One day in school we had to draw a picture. I drew a man and woman getting married. I colored the wedding dress purple, red and blue.

A rigid, inflexible plain-minded adult who easily follows the crowd would look at that and say, “Gee, that is not normal. What’s wrong with that child?”

A very successful adult – perhaps an entrepreneur, stage performer or music composer – might say, “Gee, this kid’s gonna grow up to be a mover and shaker, or a novelist or cancer researcher.”

As for that young child who colored things “the wrong way,” she grew up to be a prolific illustrator and writer. That girl was me. 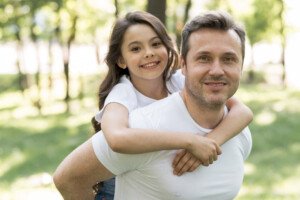 This doesn’t mean let your child do whatever they doggone want.

But a pigtail on one side and braid on the other is harmless! You just taught your daughter that it’s okay to think outside the box.

There are so many game changers in history whose thinking outside the box was their key to success.

For example, Henry Ford’s idea for the assembly line was laughed at.

The Wright Brothers were laughed at.

It’s been said that Walt Disney would run all his new ideas past his board. If they gave it a thumbs down, he’d run with it.

As for the umbrella, the story goes that the first man who used an umbrella in Britain got trash thrown at him.

Now, all of this doesn’t mean that the little girl with the braid and ponytail will grow up to invent a machine that prints outs people’s thoughts, but … if she’s encouraged to think outside the box rather than think rigidly and blindly submit to conformity – this could make it easy for her to beat down the peer pressure to smoke, drink and try drugs.

She’ll be more likely to report being sexually assaulted, including as a child.

Otherwise, getting her “different” ideas shut down will teach her that her opinions don’t have merit.