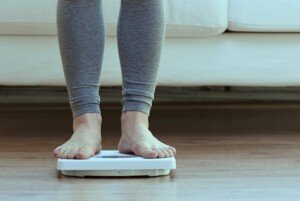 Body image influencers want you to believe that daily weigh-ins mean poor body confidence, no self-love and toxic diet culture. They are wrong.

Just because something can become an obsession doesn’t mean that it can’t be done within reasonable realms.

Many women keep their weight under control by weighing themselves every morning. This is normal behavior.

There’s nothing wrong about it or indicative of poor body image or lack of self-love.

However, any normal behavior can become an obsession.

Weighing yourself multiple times a day, every day, is clearly an obsession that needs to stop.

It seems to be related to the compulsion to frequently check the stove to make sure it”s off, or keep checking the light in an unused room to make sure it’s off.

“If a person is doing it compulsively throughout the day, especially if they are underweight, we need to keep in mind that eating disorders are real things, and body image-related mental illness is serious,” says Sarah Johnson, an RN and health ambassador for FamilyAssets, an online eldercare and senior living resource.

“But if you are working towards a healthy body weight, monitoring your progress is normal and, if you’re doing things right, hopefully encouraging as well.”

Nevertheless, body positive influencers have decided that checking one’s weight only once a day is an obsession, some kind of abnormal behavior that indicates a problem with self-confidence or some kind of negative body image.

It’s easy to conclude that this is their way of making it easier for themselves to avoid the scale.

Does body positivity mean you should stop weighing yourself?

This approach was created in the womb of social media, incubated by many body image influencers who’ve thrown out the scale.

Some body positive movers have proudly posted that they never weigh themselves and can’t remember the last time they did.

But they shouldn’t brand the ritual of a single daily weigh-in as something abnormal. For other women, this tactic works for their weight management.

A woman can be as confident as ever yet still have a daily routine of weighing herself, just like she might have a daily ritual of checking her fingernails to see if the polish has been scraped off. 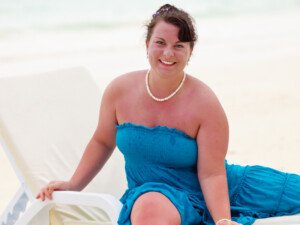 This article, though, is about that SINGLE daily weigh-in, the one that takes place every morning as part of the morning ritual.

Research Shows that Weighing Yourself Every Day May Prevent Weight Gain

A University of Georgia study took a look at this.

Eleven subjects between 18 and 65 were recruited.

• They weighed themselves between mid November 2017 and early January 2018 – a period of time notorious for holiday weight gain.

• Participants made three visits: one prior to the holiday season; one right after; and one 14 weeks after the study began.

• Frequency of weigh-ins was documented.

• They were asked to maintain their starting weight but were not given advice on how.

• The subjects were compared to a control group that was not given any instructions.

A Most Interesting Result

The people who had weighed themselves every day and had a graphic diagram of their weight changes managed to keep the same initial weight when the study was finished. Some even lost pounds.

The report points out that seeing a weight increase could motivate one to exercise more or replace the morning donut with an apple.

Subjects who did not weigh themselves every day gained pounds.

Don’t let influencers with a ton of followers  trick you into thinking that weighing yourself once a day is a sign of low self-esteem or some other problem.

Certainly, this routine should NOT be accompanied by anxiety.

Remember, “overnight weight gain” is water and possibly the weight of a lot of food in your belly. It is NOT fat.

The best time to weigh yourself daily is in the morning before consuming anything.

The full report is in the journal Obesity.