How Common Is Lung Cancer in Nonsmoking 40’s Women? 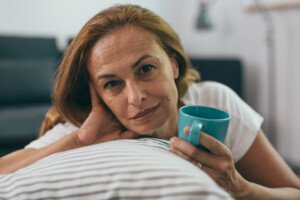 Women in their 40’s who’ve never smoked have been diagnosed with lung cancer.

“Most lung cancers are initially diagnosed in older people,” says Alex Little, MD, a thoracic surgeon with a special interest in esophageal and lung cancer.

“The median age is 72 years, slightly younger in women. Less than 10% are in people under 50 years.

“Approximately 20% of new lung cancers in women are in nonsmokers.

“Putting these numbers together shows that lung cancer in nonsmoking women under 50 years is uncommon; no more than 2% to 5% of new cancers would fit this category.

“I took care of less than 10 women in this category over 40 years. I’m sure many of these women are not diagnosed until their cancer has progressed beyond surgical intervention because cancer is not suspected early enough in younger women.”

What would cause lung cancer in a nonsmoking woman in her 40’s?

Though smoking, by far, is the No. 1 risk factor for lung cancer, other risk factors include secondhand smoke: growing up in a home where people smoke; being married to a smoker; and frequently being in the presence of smokers.

Genetics and immuno-suppression may also play a role.

Alex Little, MD, trained in general and thoracic surgery at the Johns Hopkins University School of Medicine; has been active in national thoracic surgical societies as a speaker and participant, and served as president of the American College of Chest Physicians. He’s the author of “Cracking Chests: How Thoracic Surgery Got from Rocks to Sticks,” available on Amazon.