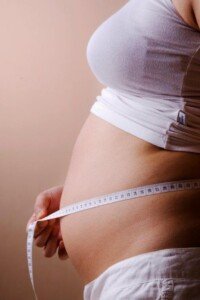 If you’ve been unable to lose your belly fat, check this list of 10 useless gym things many people do to shrink their gut but will never work.

You don’t have to resign to the idea that you’re stuck with a lot of belly fat.

It CAN be reversed: safely, without surgery.

When I was a personal trainer years ago at a gym, I was approached all the time by men and women tugging at the excess fat in their waist or abdomen, asking me, “How do I get rid of this?

Somehow, someway, the myth got started that repeatedly folding your body up melts stomach fat. 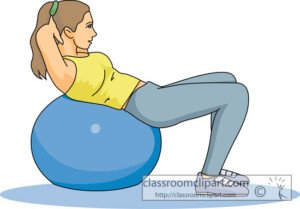 The illusion of efficiency is because crunching is a repetitive folding motion in the area that people want to trim down.

Another reason for the deception is that hundreds of crunches can be done over a relatively short period of time.

If 300 of something can be done, this creates the illusion that it’s an efficient process.

However, crunching won’t burn belly fat because, no matter how many you do or how much it “hurts,” the body sees it as an easy exercise.

Yes, it’s easy. That’s why you can do a hundred in a row. Easy exercise doesn’t cut it for wiping out abdominal fat.

Sit-ups don’t burn belly fat either, but for an out-of-shape person, a single sit-up is challenging.

So why won’t sit-ups flatten your paunch if they’re hard for beginners? The difficulty in sit-ups lies in the mechanics.

The lower spine and ab muscles are being forced to fold up your body against gravity.

This isn’t easy to a person with a weak core. However, the lack of ease doesn’t translate to shrinking one’s midsection – because the muscles involved are small stabilizers – which, like a tiny car, don’t burn much fuel.

#2     Hanging onto the Treadmill at Steep Inclines and Fast Speeds

The calorie display fools people into thinking they’re torching calories. The display is triggered by the selected speed and incline – whether you’re on the tread belt or your cat is. 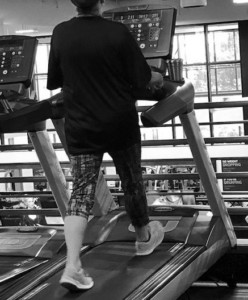 If you’re hanging onto the machine, you’re HANGING ON FOR SUPPORT. This is not effective exercise and will never cut through your belly fat.

Holding onto a treadmill subtracts significant workload – which is why the little old lady next to you who’s also holding on can “walk” at 15 percent incline and 4 mph just as well as YOU!

Solution: Slow the speed or lower the incline — and let go!

If you want a light cardiovascular workout that’s fun, then dance in your living room with your young kids.

But this will not give you a svelte middle because it simply does not burn enough energy.

…So light that you can do more than 15 repetitions, even though you often stop at eight or 10. 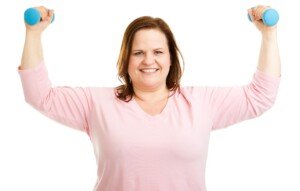 If the load is light enough for 15+ reps, you’re training your body for stamina against light resistance.

Doing many reps to the point your muscles feel a “burn” will give you more tone and increase strength – and stamina – for those muscles.

But the overall caloric expenditure won’t shrink a big stomach.

Intensely lifting weights will burn fat throughout your body. But if you’ve been lifting like a demon and are not seeing results beyond maybe a little trimming in your midsection, it’s because you’re doing too little of the very exercises that are most effective at busting belly fat.

Do fewer dumbbell side raises, dumbbell curls and weighted side-bends (all worthless for torching belly fat) and start doing the giant calorie-burners listed above. 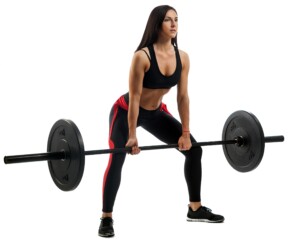 Make sure you use perfect form and don’t get ahead of yourself, especially with the deadlift, barbell squat and bench press.

This is vexing to many people because, despite running many miles every week, they still have a plump squishy middle.

However, competitive long-distance runners have very flat tummies and are trim from head to toe.

So what’s going on here?

It’s simple. Competitive marathoners who are built like sticks run many miles – EVERY DAY – and at a painful pace – because they’re training to win.

When you log many miles on a treadmill (or outside) to lose weight – the pace tends to be highly sustainable rather than punishing, as is with marathon athletes.

This will strengthen your cardiovascular system but will not strip off stubborn belly fat. 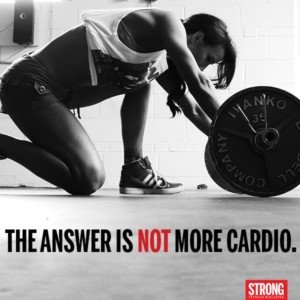 Go ahead, put the pin at the bottom of the stack and swivel, letting the stack loudly slam down with each turn.

You’ll get stronger at doing this very motion while annoying other people. It’ll do nothing for the waistline.

#8     Strength Training While Standing on One Leg

This is great for the One-Leg Dumbbell Games, but gets no medals for the fat loss you want.

Nobody bulks up without working very hard for this. If all you want is to rid the bulge in your tummy, intense weightlifting will get the job done – as long as you follow the plan below.

Formula for Making Your Body Ransack Fat Stores in the Belly 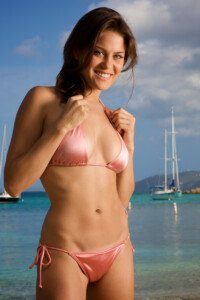 • If the weight is light enough to do more than 12 reps, increase it.

• If you can’t do more than six reps, lighten it.

• Most of your routine should be compound (multi-joint) moves, such as the ones listed above.

• Strive to always lift more weight over time (progressive resistance). The more lean muscle you have, the faster your resting metabolism, even while you sleep.

• Cut back on your drinking.