Can Blood in Stools Look Like Scattered Red Bits of Food ? 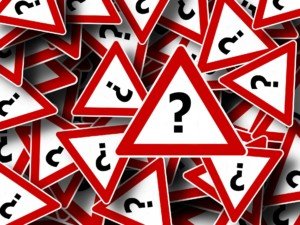 Just exactly what would fresh blood in “bloody stools” look like?

Could they appear as random red bits or specks of food? Would there be a reddish film covering the stools?

It may seem pretty straightforward just what “blood in the stools” would look like.

But can blood in bowel movements ever present as speck-like or as tiny pieces or fragments that resemble food?

If you eat a lot of strawberries or tomatoes, you may end up seeing scattered red spots, bits, specks or tiny clumps in your poops from these undigested foods – and think it’s blood.

• Could there be blood clots in random areas mixed with the stools?

• Would aggregates of blood be swirling or floating around the stools?

“Fresh blood in bowel movements can include any of the following,” begins Dr. Neil Sengupta, MD, a general gastroenterologist and assistant professor at the University of Chicago, and GI Research Foundation Scholars Award Recipient.

“Passage of red clots in the toilet without bowel movements, gross [visible] red drops of blood, bloody reddish stools or red film covering the stools. There can be clots intermixed with the stools.

“Black stools can be a sign of bleeding from the upper gastrointestinal tract. Essentially, any bleeding is abnormal and requires evaluation.”

What You Can Do At Home: Are Those Tiny Bits of Red in Your Poops Food or Blood?

Scattered bits or pieces of red can be closely inspected, and this may show clearly if the red is actually food particles in your feces.

The best way to do this is as follows:

• You’ll need a strong magnifying glass, though magnifying-reading glasses from any drugstore may be adequate.

• If you have poor close-up vision, you will definitely need good magnification.

• You’ll need a pointy object to separate the red particle or fragment from the poop that it’s embedded in. This may be a long pinky nail, a large pin or tweezers.

Remove the suspect stool from the toilet water and place on a white paper plate.

Under magnification, see if the pointy object can easily extract the red particle from the poop.

If the tiny piece of something easily dislodges from the stool matter, there’s a very high chance that this is undigested food.

Using the pointy object (preferably a pin), gently move the extracted material about on the plate.

If it behaves like a solid (though soft) piece of debris being pushed about by the tip of a pin or tweezers, chances are pretty high that it’s an undigested particle of food such as tomato, red pepper or other fruit like cherries.

Fresh (red) blood will not behave like solid matter. You will not be able to just pluck bits or droplets of fresh blood out of feces.

Instead it will smear and behave like a glooey or gelatinous (viscous) liquid instead of like a solid piece of undigested food.

Older blood is more likely to be in the form of clots or little chunks, and will not be red like blood from a fresh cut, but rather, maroon, brown or black.

Undigested food – which may also appear as red little chunks – will often seem rubbery as you move it around on the plate with the pointy object.

Viewing all of this under magnification will make everything easier to see.

This technique is not 100 percent foolproof for telling the difference between particles of blood in one’s poops vs. chunks of blood.

However, if the tiny bit of red is actually a tomato-based product or scrap of fruit, and it’s not TOO tiny, you will be able to observe this via this technique. And again, it may seem rubbery.

If what you’re viewing looks and behaves more like the viscous nature of blood, you should see a doctor.

If you’re 45 and have not had a colonoscopy, it’s time to book one.