Colon Cancer in People Who Didn’t Have Routine Colonoscopy 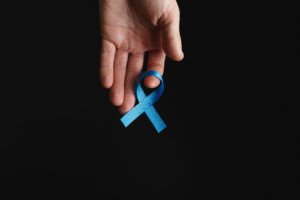 What percentage of people, diagnosed with colon cancer, did not have a colonoscopy within 10 years of the diagnosis?

Colonoscopies to screen for colon cancer are recommended every 10 years beginning at age 45 for people at average risk for this disease, the second-leading U.S. cancer killer of men and women combined.

The colonoscopy is a marvel of modern medical technology in that it can detect precancerous changes in the large colon, years before these abnormal cells mutate into full-blown malignancy.

As for that percentage of people newly diagnosed with colon cancer, who did not have a colonoscopy within 10 years of this crushing diagnosis, “This figure is not well-documented,” says gastroenterologist Whitney Jones, MD, a national expert and frequent speaker on early-age onset colon cancer prevention, and Founder, Colon Cancer Prevention Project.

“The vast majority of colon cancers are diagnosed in people who have never had a prior colonoscopy.

“In my own practice (1994-present), I have had five people diagnosed with colon cancer within the intervals which should have been appropriate for screening or surveillance purposes.

Colon cancer is not a “man’s disease.”

Though slightly fewer women in the U.S. are diagnosed as compared to men, the 2006 statistic has women coming in at just over 1,400 cases fewer, out of that 139,000-plus total.

So if you’re a woman, don’t assume you have some natural gender protection against this frightful disease.

Contrary to what some people, who have had colonoscopies, claim, preparing for the colonoscopy is not as “messy” or as “uncomfortable” as it’s sometimes made out to be.

The prepping involves ingesting only clear liquids, which include soda, the day prior to the exam.

And then you must drink quite a bit of a laxative that has a slightly syrupy texture.

The result is that you will be going to the bathroom quite often and expelling very liquidy diarrhea.

This is to clean out the GI tract so that the doctor can have the best view of it during the exam.

If during the colonoscopy, the doctor discovers a polyp, he will remove it and send it out for a biopsy.

Polyps have the potential to transform into malignancy.

By the time colon cancer causes symptoms, the disease usually has spread outside the intestinal cavity.

Dr. Jones’ practice interests include prevention and treatment of colon cancers, pancreatic disease and biliary disease. He has authored numerous scientific articles, reviews and abstracts and presented at a variety of national and international scientific meetings.