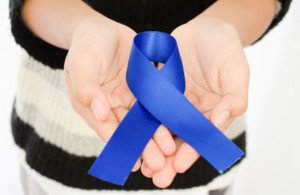 Though most colon cancers arise from what was once a benign (and removable) polyp, there are a number of circumstances in which the tumor starts growing without first transforming out of a polyp.

Not all cases of colon cancer are caused by polyps.

Colon cancer usually arises from polyps, but the question then becomes: Is colon cancer always caused by polyps?

All we seem to hear about in the media is how polyps can be discovered in a routine colonoscopy and removed, thereby going a very long way in preventing colon cancer, since malignancies can arise from these polyps if not removed.

Greater than 90 percent of colon tumors are believed to “go through the polyp cancer sequence over many years,” says gastroenterologist Whitney Jones, MD, Clinical Professor of Medicine, University of Louisville, and Founder, Colon Cancer Prevention Project.

How could it be discerned that ulcerative colitis and Crohn’s can lead to non-polyp colon cancer?

Dr. Jones explains, “By non-polyp colon cancer, we mean that the usual small polyp to large polyp to early cancer to late cancer (about 10 years for these changes to occur) is skipped or accelerated.

“Persons with Crohn’s colitis or UC should undergo more frequent screenings after 10 years’ duration of disease, because of just this pattern of tumor growth.

“There are many reports in this population of inflammatory bowel disease who have developed cancers in the period between surveillance intervals presumptively from an accelerated carcinogenesis (genetic pathway).”

How often should this population, after 10 years’ disease, have colonoscopy screenings?

Dr. Jones explains, “Once the diagnosis of Crohn’s or ulcerative colitis (the more of the colon involved, the higher the risks of cancer development with ulcerative colitis) has been made, then regardless of the age of diagnosis, an increased screening regimen should begin after 8-10 years.”

Suppose a doctor discovers a malignant tumor upon colonoscopy. Is there a way for lab analysis to determine if the mass arose from a polyp, versus colon cells (no polyp transition phase)?

Dr. Jones says, “Yes, by pathology.  The fact is that in almost all colon cancers, there is associated adenomatous tissue within the specimen.  These findings are what lead in part to the polyp — cancer sequence theory.

“A variety of new genetic tests, including micro-satellite instability assays, are available and emerging.

“These tests also help us prognosticate on the tumor behavior after tumor removal.”

Dr. Jones says, “There are direct effects on the DNA through inflammatory pathways leading to DNA mismatch, repair errors, proto oncogene activication, and others.”

Dr. Jones emphasizes that the best time to be screened for colon malignancy is when you have no symptoms and are feeling just fine.

Waiting until symptoms set in means that a colonoscopy is no longer a screening procedure; it’s a diagnostic procedure  —  to find out what’s wrong. Don’t wait.

Colon cancer symptoms are typically not warning signs of early disease; they mean the disease has spread beyond the colon.

The emphasis by the media is on polyps that have the potential to transform to cancer in the colon.

But as you have just read, there are circumstances under which a colon cancer can develop without first being a benign polyp.

Dr. Jones’ practice interests include prevention and treatment of colon cancers, pancreatic disease and biliary disease. He has authored numerous scientific articles, reviews and abstracts and presented at a variety of national and international scientific meetings. Colon Cancer Prevention Project.