Scheduled Colonoscopy in 3 Years: Is it Safe to Wait 4 Years? 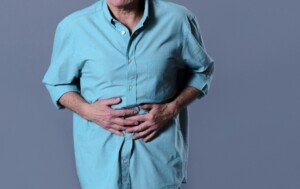 If your doctor says to have a repeat colonoscopy in three years due to polyps, how risky is it to wait four years?

Can that extra 12 months really make a difference?

There’s certainly a lot of people who, due to the finding of polyps, were instructed by their gastroenterologist to have a repeat colonoscopy in three years.

The normal surveillance interval is 10 years. In fact, it may still be 10 years if one benign (hyperplastic) polyp is found, since many physicians believe that there’s no compelling evidence that this type of growth has any malignant potential.

But there are other kinds of polyps – precancerous that have a higher malignant potential.

Your pathology report will identify the specific type of polyp(s) that were found.

Didn’t Get Your Repeat Colonoscopy After Three Years

It may seem like no big deal. You may be thinking, “Gee, what’s another year?”

But one way to look at this is that one more year is 25% longer to wait. That’s a lot.

This isn’t the same as one more year tacked on to 10 years. It’s three years. That’s a short time in the world of cancer development.

“Colonoscopies are often, but not always, performed on a regular basis,” says Santosh Sanagapalli, MD, a consultant gastroenterologist, endoscopist and specialist in esophageal disorders.

“The vast majority of detected polyps are benign. However, despite being benign, most do carry a risk of developing into cancer later on.

“By detecting such precancerous polyps early, when they are still benign, the gastroenterologist performing the colonoscopy can excise them and thereby prevent them from ever turning cancerous.

“In such a situation, the gastroenterologist will usually advise the patient to return for a repeat colonoscopy in the future, because we know that patients who have already formed polyps are prone to forming new ones in the future.

“By performing colonoscopy regularly on such patients, we can hope to catch any new polyps while they are still small and easy to remove.

“The interval between colonoscopies is determined by the gastroenterologist, based on several factors such as the size and appearance of the polyp, as well as histological (microscopic) type and severity.

“Patients should therefore follow the instructions given by their gastroenterologist as to the scheduled time of next colonoscopy, and not delay the time of the next appointment and unnecessarily increase the risk of developing an advanced polyp.”

Is a Delay to Four Years Rather than Three Really that Risky?

I was inspired to cover this topic after my brother informed me that “several polyps” were found during his last colonoscopy.

He said his doctor told him to repeat the procedure in three years. He then added, “I’m in my fourth year and haven’t had it done.”

Just how risky is this? Is it possible that during that fourth year, a cancer could arise from a polyp that developed in the first year or two following the previous colonoscopy — that would’ve been caught as still precancerous in the third year?

It’s possible for a colon cancer to be discovered even when a repeat colonoscopy is performed smack on schedule.

It could have arisen from a polyp that was missed on the previous colonoscopy.

Or, it could’ve developed from a polyp that arose during the interval (an “interval cancer”).

“I would always suggest sticking to the scheduled time for surveillance colonoscopy that your gastroenterologist has advised you,” says Dr. Sanagapalli.

In addition to the risk factors of polyp nature, polyp size and number of polyps found, another reason for a shorter interval between colonoscopies is “concern on the last colonoscopy that the view was imperfect, meaning that small polyps might have been missed,” says Dr. Sanagapalli.

“You may get lucky and get away with deferring your colonoscopy by an extra year or two, but we have no way to predict if you will be one of the ‘lucky ones’.

“On the other hand, we do know that any polyps that are present tend to grow larger with time.

“Larger polyps have a higher rate of complications associated with their excision (polypectomy) than do small ones.

“They can also develop further mutations and become more ‘advanced,’ and the risk of becoming cancerous also increases the longer they are present.

“When one weighs up these potential increased complications and adverse consequences of delaying a scheduled colonoscopy with the relatively minor inconvenience of having a colonoscopy performed, it makes sense to stick to the recommended colonoscopy schedule.”

And here’s one more thing to consider: If you let the three year interval lapse and end up in a fourth year still without the repeat colonoscopy – you’re at risk for letting this continue to lapse – and then before you know it, the interval will be five years. The longer you put it off, the easier it’ll be to keep putting it off.