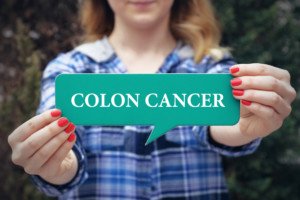 In a study, six percent of colon cancers were discovered within three to five years after the screening colonoscopy.

Perhaps you’ve heard that a colonoscopy can “miss” colon cancer. Researchers from Huntsman Cancer Institute (HCI) at the University of Utah looked into this and came up with some startling information.

“Not only did we find that colonoscopy isn’t perfect,” says lead author Dr. N. Jewel Samadder in the paper, “we discovered a number of factors associated with these ‘missed’ cancers.”

-The colon cancers tended to appear in patients 65-plus

-In patients with a family history of the disease

-In those who’ve previously had polyps

Not only that, but the “missed” cancers tended to appear on the right portion of the colon, which, interestingly, is at the far end of the reach of the colonoscope.

The researchers wondered whether or not the doctors failed to view the entire colon, or if the preparation for the procedure was inadequate.

“However, the medical records of the patients with missed cancers showed these problems were seldom present,” says Dr. Samadder.

The term “missed” not only refers to masses that were there but went unseen, but also to malignancies that had no visible evidence at the time of the procedure—and then developed quickly afterward.

“Cancers in the right side are often biologically different than those in other parts of the colon,” says Dr. Samadder in the paper, “arising from different types of polyps.”

]his kind of polyp is flatter and also faster growing, and this can explain why they were “missed.”