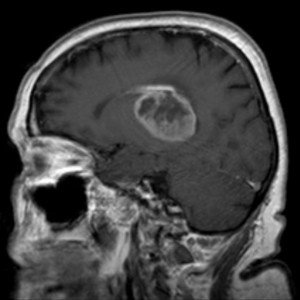 Glioblastoma multiforme is one of the most brutal brain tumors, but its rapid growth may now be slowed with a drug that’s already been on the market.

The drug, strangely enough, is one that’s normally used to treat altitude sickness as well as epilepsy and glaucoma.

A study in Science Translational Medicine details how acetazolamide (Diamox) is cheap and has limited side effects.

“I take it myself, whenever I go to the Rocky Mountains,” says lead study author Bahktiar Yamini, MD, a professor of neurosurgery at the University of Chicago Medicine.

Drug for GBM Slows Growth
Commonly, the drug TMZ (temozolomide) is given for GBM treatment, but some patients do not respond.

Glioblastoma multiforme has a median survival time of 14 months after diagnosis. In rare cases patients live longer than five years.

TMZ damages DNA, leading to death of the cancer cells. But some of these cells are able to withstand the assault, allowing continued growth of the tumor.

The patients with this poor response tend to have high levels of a protein, BCL-3, says the paper. BCL-3 protects cancer cells from TMZ.

This is done by activating carbonic anhydrase II, a protective enzyme.

Diamox inhibits anhydrase. When GBM patients are given Diamox, this allows TMZ to do its job: kill the brain tumor cells.

Mice with GBM, who were given Diamox with their TMZ, lived longer.

“We tested this combination treatment strategy in several animal models,” says Dr. Yamini in the paper. “It cured some of them. Others had a 30 to 40 percent increase in survival time.”

The investigation also notes that in previous human studies, GBM patients with lower levels of BCL-3, who were given TMZ, had longer survival times than those with higher BCL-3 levels.

So when will GBM human patients be given Diamox with their TMZ? Not too soon, unfortunately, as this new discovery still requires more experimentation.

A new prospective randomized clinical trial is needed, says the report. But keep an eye on this discovery, because it sounds like a promising improvement in the treatment of glioma brain tumors.