Are Jerking Limbs Before Falling Asleep a Brain Tumor Sign ? 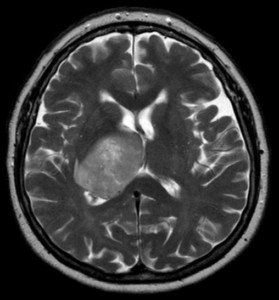 Have you been troubled lately by brain tumor fears because as you fall asleep, your limbs jerk?

A brain tumor can definitely cause the body to jerk in different places, but we need to define “jerking limbs” here.

There are what is known as benign myoclonus and what can be termed as brain tumor jerks.

“These are two very different entities,” says David Poulad, MD, a board certified neurosurgeon with IGEA Brain & Spine who practices in Union, NJ, whose special interests include the surgical treatment of brain tumors.

“Benign myoclonus as the name suggests is a benign condition that is not uncommon, whereas ‘jerks’ caused by a brain tumor are often a sign of seizure activity,” explains Dr. Poulad.

“It is very common for people to exhibit myoclonic jerks just before falling asleep.

“These jerks do not signal a pathologic condition and are normal in most people.”

Those who strongly believe in the paranormal have been known to insist that a sleep-related myoclonic jerk is a person’s astral body either trying to exit the physical body or making a re-entry into it!

Either way, the so-called myoclonus that occurs as you’re falling asleep is harmless. 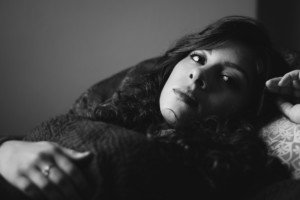 It’s characterized by a single limb suddenly “jerking” or exhibiting a brief and aimless muscle contraction – enough to cause movement of part of the limb – and enough to awaken you.

Since you are now awakened and possibly startled by it, you’re too awake for this type of spasm to occur again.

But as you fall back asleep, it may indeed occur again. The jerking of part of your leg, arm or shoulder usually occurs just once by the time it awakens a person, after which the limb returns to rest.

It is not a sewing-machine-like shaking, like you’ve certainly seen on TV when a character has a seizure on a gurney.

“The mycologic activity that occurs before sleep is self-limited, and there are no lingering after-effects that can be seen with myoclonic jerks associated with a seizure that may result in temporary paralysis or confusion,” says Dr. Poulad.

If you’re “jerking” due to a seizure from a brain tumor, this will not be a single spasm, but rather, resemble a seizure to anyone who’s observing it. It will look like shaking or tremoring.

Furthermore, if you’re having a seizure, you will not be conscious. If a sudden jerk of a limb awakens you, this was not a seizure.

A brain tumor seizure originates in the brain. The electro-chemical nerve impulses are generated in the motor control region of the brain, travel down the spinal cord and fire the muscle fibers – while the person is unconscious.

In benign myoclonus, or the “falling asleep jerking,” the electrical activity originates in the muscle fibers.

Scared Sh**tless of a Brain Tumor 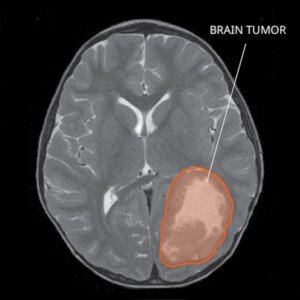 Now here’s what may have triggered your fear that the falling-asleep kind of myoclonus—in which a limb jerks—might be caused by a brain tumor:

The term “myoclonus” doesn’t just mean the involuntary limb movements as you drift off to sleep.

This medical term can also mean involuntary muscle contractions from a brain tumor.

But when “myoclonus” refers to a brain tumor symptom, it does NOT refer to the sudden, one-at-a-time muscle contractions that startle you out of your semi-sleep state! Rather, it refers to a seizure.

The word “myoclonus” literally means muscle contraction. That is a VERY BROAD term.

It’s often indiscriminately used to refer to the harmless limb jerking as we fall asleep, even though “clonus” is a term that can refer to a sign of a neurological disease.

“Myoclonic jerking” is a broad term. The type seen in multiple sclerosis, for instance, does not at all resemble the type seen in a healthy person who is falling asleep.

A brain tumor can cause a seizure—which to an observer may look like jerking—at any time, including when a person is drifting off to sleep.

But again, the person will not be conscious during the seizure and will not even realize they had one if they were asleep when it occurred.