Dense Breasts Really ARE a Risk Factor for Breast Cancer

This time, a new large study clearly shows that dense breast tissue is a risk factor for breast cancer, while many gynecologists continue to dismiss the many studies showing this connection.

The startling though not surprising new study is published in Radiology.

In addition to the dense tissue being more likely to give rise to a malignancy, it also can mask a tumor when viewed on a mammogram, since both appear white.

This increases the missed-cancer rate, especially if the mammogram is a 2D rather than 3D (tomosynthesis). 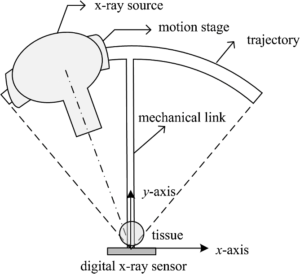 Tomosynthesis. Think of a cancer mass inside a forest, and tomosynthesis as an eagle flying overhead searching for it. A regular 2D mammogram is like the eagle on the ground just outside the forest, trying to see the cancer inside.

The new study, headed by Solveig Hofvind, PhD, from the Cancer Registry of Norway, points out that historically, breast density was determined by whichever radiologist was reading the mammogram, using BI-RADS: American College of Radiology’s Breast Imaging Reporting and Data System.

• 28% of the screenings showed dense breasts.

• Dense breasts meant a 6.7 per 1,000 cancer-detection rate via mammogram.

The disparity in numbers may seem very small, but in terms of science, they are statistically significant.

Look at it this way: If we look at a total of a million rather than a thousand, the difference means 1,200 missed cases of breast cancer via screening.

Sensitivity of Mammograms
• 71% for detecting BC in dense breasts

• The BC that was found by mammogram in the dense category tended to be more advanced than in the non-dense group.

• 24% of the dense group had positive lymph nodes compared to 18% in the non-dense group.

Breast Density Protocols Similar
to Smoking of Decades Ago

There was a time when, despite growing evidence that smoking causes lung cancer, the medical establishment was sluggish to accept this.

It took years for the entire medical establishment to finally brand smoking as a major risk factor for lung cancer.

The movement towards recognizing that dense breast tissue is a statistically significant risk factor for BC is just as sluggish, if not more so.

Only about 30 U.S. states, for instance, mandate that patients be informed that their mammograms show dense tissue.

Major health care organizations, however, still do not recommend supplemental screening, though many individual doctors do. Widespread changes in density protocols are nowhere in sight.

Women need to take the bull by the horn. I was told I had dense breasts by the mammogram technician right after the procedure. I had never heard of such a thing prior to then.

My HMO does not cover, or even recommend, supplemental screening.

Well so what; I had it done anyways, at an independent imaging center, and the negative ultrasound results were sent to my doctor. I’ve had this done annually.

Your HMO may not offer 3D (tomosynthesis) mammograms, which are more sensitive than 2D. My HMO, Kaiser Permanente, offers only 2D, as in, they don’t even have the 3D equipment.

Well so what; I’ve been getting 3D screenings at the same independent imaging center every year.

And yes, it’s all out of pocket. But SO WHAT. I take the bull by the horns, and these extra measures, even though out of pocket, allow me to sleep better at night.

A negative ultrasound and negative 3D screening that are taken within several months of each other is very reassuring.

“We need well-planned and high-quality studies that can give evidence about cost-effectiveness of more frequent screening, other screening tools such as tomosynthesis and/or the use of additional screening tools like MRI and ultrasound for women with dense breasts,” says Dr. Hofvind in the paper.

“Further, we need studies on automated measurement tools for mammographic density to ensure their validity.”