How to Convince Doctor Dense Breasts Are Serious Cancer Risk 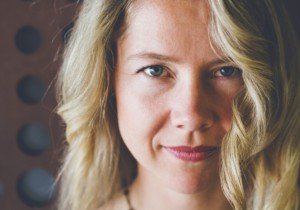 Not all doctors are on board with the studies that clearly show dense breasts are a significant risk factor for breast cancer.

If your doctor isn’t convinced, here’s material you can present to your doctor.

The issue of high breast density as a significant increase in the risk of breast cancer, and as something that makes it more difficult to be identified on a mammogram, is right about where the issue of smoking was about, say, 60 years ago.

At some point, maybe in the 1950s or 1960s, a lot of doctors began raising concerns about the dangers of smoking.

This hardly caught on like wildfire. It took many years for the entire medical establishment to catch on and have a universal consensus about the hazards of smoking.

We’re seeing this very slow spread of the truth with the breast density thing. Some gynecologists and gynecological nurses take this issue quite lightly and even recommend AGAINST the additional screening tools such as the ultrasound, for women with extremely dense breasts. They are WAY BEHIND the research.

They act as though, ho hum, it’s no big deal that a woman has extremely dense breast tissue.

Never mind that extreme breast density comes in third place for non-modifiable risk factors (after family history and BRCA mutations, in middle-aged women for whom advanced age is not yet a significant risk factor).

If you have such a physician or gynecological nurse who is in denial over the mounting evidence, below is information you can present to that individual. It will be very difficult for him or her to deny it:

We hope this study raises awareness that dense breast tissue is a risk factor for breast cancer and that alternative technologies, including automated whole-breast ultrasound and contrast-enhanced mammography, are available to aid in screening women with dense breasts.

As far as screening programmes are concerned, it is already known that breast density is a risk factor for the occurrence of breast cancer and that it decreases the sensitivity of mammograms.

Our study confirms the importance of taking breast density into account in the screening setting.

Although mammography remains the gold standard for breast cancer screening, there is increasing awareness that there are subpopulations of women for whom mammography is limited because of its reduced sensitivity based on an individual’s breast density and other factors.

Increasing age and high breast density are among the strongest risk factors for the disease.

Karla Kerlikowske, MD, a professor of medicine at UCSF and a physician at the UCSF-affiliated San Francisco VA Medical Center

The sensitivity of mammography is inversely proportional to breast density.

Clinical literature says that mammography eventually finds 85% of breast cancers, but for women with dense tissue, it’s often too late by the time the cancer is detected. MRI is near 100% sensitive for finding cancer in dense breast tissue. It’s the exam we’ve been waiting for, and it’s been available all along.

“Women with radiologically dense breasts (heterogeneously dense or extremely dense in the terminology of the Breast Imaging Reporting and Data System [BI-RADS]) have a threefold to six fold increased risk of breast cancer compared with women who have fatty breasts.”

Women with dense breasts are four to five times more likely to get BC, say these sources:

“Tumors also are dense tissue and appear as solid white areas on the mammogram. This can make it more difficult to detect a tumor in dense breasts because it looks a lot like the dense tissue that surrounds it.”