What Does Early Detection Mean for Melanoma? 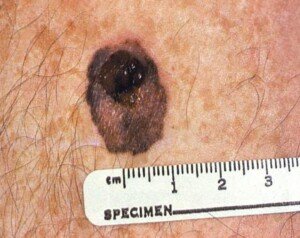 Here’s a simple explanation of what exactly “early detection” of melanoma means.

The problem is that the opportunities for an early detection are often passed over!

What Is Early Melanoma Detection?

From a medical standpoint, it’s the discovery of a melanoma in-situ or at stage 0.

From a layperson’s standpoint, it can be, but is not necessarily, the discovery of a spot on the skin that makes the person think, “What is this? I’ve never seen this before.”

And then at that point – not two months later – the person books an appointment with a dermatologist.

Another layperson standpoint is upon the first time they notice that a mole is changing, they make an appointment with a dermatologist (note: not the primary care physician), but again … the melanoma may already be beyond an early stage at this point.

This is why it’s crucial to check your moles and non-mole areas EVERY MONTH!

Very early detection of melanoma can be accomplished with groundbreaking technology called serial digital dermoscopy (more on this coming up).

What Is Early Melanoma? Stage 0 Explained

The epidermis is the top or outermost layer of skin. A stage 0 tumor is confined to the epidermis and is called in-situ.

Another component of very early melanoma is that its thickness is less than one millimeter.

Another indicator of earliness is what’s called a low mitotic rate (rate of cancer cell division).

Of course, a person can’t determine any of these features by looking at the lesion with naked eyes or even with a dermatoscope.

Early detection of melanoma is most likely accomplished by:

• Clinical skin exams once a year (but nothing’s stopping you from having this done once every six months).

• Aggressive clinical exams if one has been diagnosed with dysplastic nevi (big and suspiciously shaped moles).

• Serial digital dermoscopy once a year

• Every year your moles are photographed.

• The images are put in a computer and compared to a database of melanoma to determine a score for melanoma suspicion.

• The computer does not diagnose. It only yields a numerical or color rating of suspicion index.

• When in doubt, take it out. Suspicious moles should be removed and biopsied, even if the doctor says something like, “It looks benign.”

Listen to your gut. A good doctor will say, “It looks benign, but I’ll take it out and send it to the path lab if you don’t feel comfortable leaving it in.”

• The second time you undergo SDD, your updated images will then be compared to the previous images. The computer, as well as the doctor, can detect changes over time in a mole.

• The images are significantly magnified and enlarged on a computer screen and can be placed side by side for naked eye comparison.

Early detection of melanoma means a 10 year survival rate for stage 0 of 99 percent.