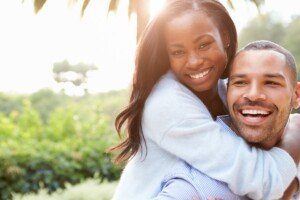 Really, how much of a difference is there between a 23 year old man and a 26 year old woman?

A woman age 26 had posted in a social anxiety forum that no matter what she did, she could not get a boyfriend.

She had never had a boyfriend and was convinced it was because she was “ugly.” She explained that when growing up, boys often told her she was ugly.

She explained that she’d been trying so hard to get men to like her, but all attempts to get a boyfriend had failed.

She called herself shy and ugly and wondered if men ever paid more attention to what’s inside a woman than what she looks like.

So a man posted and said he wouldn’t care what she looked like and was more interested in a woman’s personality.

He then said he’d like to at least be friends with her on Facebook, and who knew what that could lead to?

But this wasn’t before he began his first post with: “I know I’m a bit too young to date you…”

My jaw dropped. What WAS this young man thinking? How is 23 “a bit too young to date” a 26 year old woman?

Last time I checked, 23 year old men have been out of diapers for at least 20 years.

I mean, come on, 23, 26 … is the cognitive, behavioral and emotional difference really that great?

In other words, age really doesn’t make a difference.

So here I am, reading through the thread, hoping that the woman comes back and decides to take the man up on his offer.

Instead she tells him he’s too young!

This is a woman who, by her own admission, believes she’s too ugly for any man to ever have an interest in, and that every attempt at in-person and online dating has failed.

“Why do men not return my e-mails?” she wondered.

She also explained that in her online profiles she never includes physical requirements (e.g., must be at least 5-10 or muscular).

Based on her posts, she was desperate and very distraught.

Yet then she blows off a man—who tells her that looks don’t matter—just because he’s three years younger!

Well SHAME ON HER.

She wasn’t even willing to give him a chance to find out if he was mature enough for her.

Thus far it certainly sounded as though he was, being that he told her that personality is far more important than looks.

Apparently he was employed, too; he said he was an aerospace engineer. That means he’s also smart!

So far, so good! What was WRONG with this woman?

Of course, you never know what you’re going to get with a person based on preliminary online correspondence, but this premise would equally apply to an older man showing an interest in this woman.

Does this woman not realize that all throughout the world there are many happy couples in which the man is three years younger?

Does she actually believe that the only successful unions consist of men who are older?

Does she actually think that all marriages in which the man is YOUNGER eventually fail?

Maybe the reason this 26-year-old has never had a boyfriend is because of her shallow way of thinking!

To blow off a man just because he’s 23, without learning more about him, is no less shallow than if a 29-year-old were to blow off this woman because her inner thighs rubbed together when she walked.

When a man is willing to date an older woman, he’s probably not too concerned about looks. This is a logical deduction, being that when a man is interested only in women at least five years younger, looks are a leading reason.

Singles’ ads abound with 40 year old men wanting women 25 to 35. The desire for children may be the primary reason.

But what if these men don’t want kids and may already have kids? THEN what’s the reason?

Men who won’t look at a woman within even a few years of their age have been known to admit that the attractiveness of a more youthful body is very important to them.

The 26-year-old who feels so ugly really needs to open her blind eyes and see how narrow minded she is. And hypocritical, too.

If she meets a seemingly wonderful man one day who happens to be 30, and he tells her she’s not pretty enough for him, she’ll have this coming.

Before you vilify a man who refuses to date a woman over a size 8, first ask yourself if YOU’RE being equally “shallow” in the age department.