Have Healthy but Dense Breast Removed after Cancer Diagnosis? 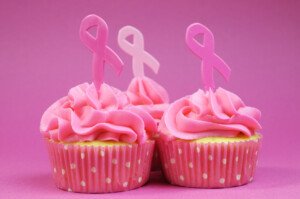 If you were just diagnosed with breast cancer and have “dense” breasts, a double mastectomy may be more appealing since density increases risk of cancer occurring in the healthy breast.

Finally (you’d think it would have been sooner), a study shows an association between dense breasts and the risk of the healthy breast eventually getting cancer if not removed.

“Contralateral disease” refers to the development of cancer in a healthy breast subsequent to the other breast developing it.

A report in the journal Cancer tells of the link between breast density and contralateral BC.

“We also know density is a risk factor for the development of primary breast cancer,” says Isabelle Bedrosian, MD, in the report out of the University of Texas MD Anderson Cancer.

“However, no one has closely looked at it as a risk factor for developing contralateral disease.”

If a woman gets breast cancer, what are the chances, in general, of getting it in the other breast? The 10 year risk ranges from two percent to 40 percent, due to a variety of risk factors such as family history and whether or not the disease was estrogen receptive.

The researchers, including Carlos Barcenas, MD, wanted to know if there was a correlation between the density that was shown on mammograms at the time of the original diagnosis, and the development of BC that occurred six months after, in the other breast.

Known BC risk factors were adjusted for. Despite that, a nearly two-fold increased risk of developing cancer in the healthy breast (at least six months out from initial diagnosis) was found in patients with dense breasts – when compared to subjects with “nondense” breasts.

So how can this new discovery help women with dense breasts who have breast cancer? It should be part of their decision making process regarding the double mastectomy when only one breast has the disease.