Why You Should Exercise 7 Days a Week 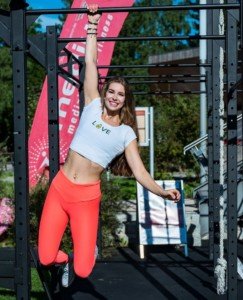 Exercising seven days a week is a good thing, not a bad thing.

Your ancient ancestors worked their butts off seven days a week, and that’s why you’re here!

The analogy: Think of practicing the violin only five or six days a week, versus seven. Over time, that seventh day will make a difference.

What’s harmful is excessive sitting seven days a week, a product of a modern way of living, replete with technology that makes daily living increasingly easier.

If you lift weights, say, four times a week, and do cardio on the remaining three days, that’s perfectly fine. 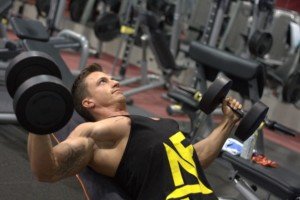 Or, if your goals are oriented more towards non-strength training, it’s perfectly okay to lift weights twice a week but do cardio on those other five days.

Don’t let the naysayers (who spend two to four hours, seven days a week, plopped in front of the TV) trick you into thinking there’s something sinister about exercising every day.

Marketing campaigns for physique transformation programs usually advise taking one day off per week, to “rest.”

Just because this is recommended doesn’t mean it’s harmful to work out every single day.

This one day a week of rest is advised to increase adherence to the program.

Many doctors and even personal trainers will recommend this, if for no other reason, so you can just kick back and have fun.

If that’s what suits you, do it. But if you feel like something’s missing on that one day a week you’ve decided to forgo working out, then resume your workouts to seven days a week.

It will not harm you or sabotage your goals. If that’s what you thrive on, then go for it.

This doesn’t mean that every single day should involve a prolonged and grueling, strenuous workout.

It also doesn’t mean that if you’re already lifting weights three times a week, that the seventh day should be a fourth weight training day. This actually wouldn’t be a smart idea.

You have many other options that don’t involve barbells and other lifting equipment.

That seventh day should be a light day, such as a leisurely hike, fun inline skating, walking on a treadmill while watching TV, practicing your karate forms, yoga, calisthenics or basic stretching. 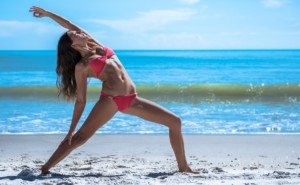 Never target the same muscle groups two days in a row when it comes to strength training.

So go ahead, exercise every single day if that’s what you’d like to do!

After all, with all the time you may be spending sitting at the computer, you’ve earned it.