Is Exercising Three Times a Day Overtraining or Obsessive? 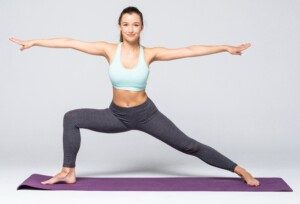 How can you tell when exercising three times a day is harmful? Working out three times daily doesn’t necessarily mean an obsession or unhealthy fixation.

They wrote that this was a sign of addiction or obsession and could lead to joint damage. They jumped on Adele’s choice of words, too: She said she was “addicted” to exercise.

First of all, stating “I’m addicted to (fill in the blank)” doesn’t necessarily mean a psychiatric pathology.

I myself might say, “Lately I’ve been addicted to Shostakovich’s 10th Symphony,” but that doesn’t mean I suffer from a mental health issue or am engaging in any potentially harmful behavior.

People often toss around the word “addiction” to express that they heartily enjoy a particular activity.

The word is used in a similar way as is “crazy” or “insane,” in that it commonly pops up in Western English vernacular in ways that don’t literally refer to mental health challenges.

Though some people really ARE addicted to exercise, this unhealthy type of addiction doesn’t necessarily translate to frequency of exercise per day.

So Adele as well as other people exercise up to three times a day, but for how long each time? Three hours? Or one hour divided into three segments?

What about people who engage in only one workout session per day — but it lasts three hours even though they’re not training for any competition?

We also don’t know exactly what kind of exercises Adele does, how often she does any particular exercise, nor how intensely she performs it.

So maybe she and other exercise “addicts,” indeed, work out one hour for each session, totaling three hours a day.

This still does not necessarily mean overtraining. Every minute that exercise enthusiasts are on their feet is a minute subtracted from “the sitting disease.”

If someone announces they watch TV three hours a day, nobody bats an eye, yet excessive sitting has been dubbed “the new smoking” for a very good reason.

Three, 60-minute exercise sessions per day might consist of a morning outside walk, an afternoon light to medium yoga session, and an evening step class or karate lessons.

This is not overtraining. In fact, that morning walk is far better for the body and soul than sitting plopped before the TV watching reality show reruns.

That challenging hour of yoga beats sitting on one’s can while watching TikTok videos of dangerous stunts for the same length of time.

Nobody scratches their head when a person spends three hours a day before a computer screen outside of what’s required for their job. Do not let fit-shamers confuse you.

What IS overtraining, then?

“Exercising 2-3 times a day is not inherently bad for the body,” says Dr. David Beatty, MD, a retired general practitioner with 30+ years of experience and an instructor of general medicine for 20 years.

“What matters more is that the total duration of exercise is not so great that it overtires the body or causes physical injury,” continues Dr. Beatty.

“In most cases I would say it’s preferable to do exercise in two or three shorter sessions rather than in one long session.

“I do appreciate that this isn’t always possible because of other work, family and social commitments.

“It’s obviously easier to do if you’re on an individual exercise program, rather than training with a team. It’s also easier if you have more leisure time at your disposal.”

Keep in mind that even 10 minutes can add up to a splendid training effect on the body. It depends on what you do with that 10 minutes.

As fast as possible dash up the stairs holding the weights at your sides with slightly bent arms.

Now slowly walk down, count to 30, then bolt up the steps again, all the while holding the weights. Keep repeating. Ten minutes won’t come quickly enough.

You can also spend 10 minutes doing rounds of the four following without any breaks other than to change body position: 20 reps each of deep body-weight squats, mountain climbers, pushups and switch-lunges.

Never underestimate the power of “only” 10 minutes of exercise.

Dr. Beatty continues, “Like many people in middle and old age my main form of exercise is walking.

“I have a phone app which counts how many steps I do each day. I know that if I do over 12,000 steps in one go I’m pretty much done for the day.

“On a walking holiday recently I usually did three walks a day — all under 10,000 steps. I didn’t get overly tired; my average daily step count was over 20,000; my fitness improved and there were no injuries.

“The more tired the body is the more likely you are to stumble, limp or slouch. These can all have a knock-on effect causing foot, ankle, knee and back injuries.

“A few years ago on a skiing trip, a member of my family suffered a broken leg — on the last run of a long day skiing.

“Had we divided our day into three shorter sessions, with two decent spells of rest, this might not have happened.

“In team sports like soccer, injuries are more common towards the end of a game.

“Tired defenders aren’t quite so good at judging tackles, and tired attackers aren’t so agile at avoiding them.

“Overly tired bodies can be a problem in the gym too. A weary weightlifter might cut corners and bend the back rather than fully flex the knees — not good for the spine.

“When I have access to a swimming pool, on holidays, I find it much easier to do several short spells in the pool rather than one long stint. I’m not a great swimmer, and if I do too many lengths in one go I lose my rhythm, and my breathing pattern falters.”

What’s the message in all of this?

The message is that Adele and others who exercise two or three times a day may very well be training smartly.

If Adele were to put all of her workout time into one session, this might increase her risk of injury (depending on variables such as type of exercise and intensity).

Separating sessions would seem, at least to me, a way to prevent the effects of overtraining.

For instance, you’re more likely to tweak a knee joint by running for 45 minutes nonstop than if you were to break this down to three, 15-minute sessions at different points of the day.

Adele claims to do strength training in the morning (we don’t know for how long or whether or not she does relatively risky movements such as the deadlift and back squat), hiking OR boxing in the afternoon, and aerobics in the evening.

Without more information, we should not assume she’s overtraining, pathologically addicted or suffering from some form of obsession or mental health issue.

For some people, thrice daily exercise works better than one single session of the same total time.

Furthermore, the segmenting may be an issue of equipment availability.

Maybe a person’s gym doesn’t have a heavy bag. They lift weights in the morning, then in the afternoon slug the heavy bag for 10 minutes.

Maybe in the evening they take their large dog on a 30-minute brisk walk. Or perhaps they do a half-hour of vigorous inline skating.

The human body was meant to move, not sit around all day and evening.

Signs of Overtraining or Obsession with Working Out

Finally, if a joint hurts when performing a particular exercise, eliminate that exercise until the joint heals.