Should You Worry About Your 5-Year-Old Girl Being Too Tall? 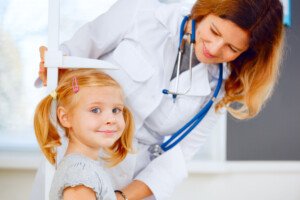 If your tall 5-year-old daughter sees you worrying about her height, she’ll internalize this anxiety & learn to hate her body — and that can attract bullying.

Okay, it’s one thing if you’re concerned from a medical standpoint and are worried about a pituitary tumor because your five year old daughter is closing in on five feet tall.

But if she’s “a head” taller than her classmates, and healthy otherwise according to her pediatrician, you should not worry.

Otherwise, think of what the worry and anxiety will do to her self-image.

“If parents are hyper-focusing on any aspect of their daughter’s appearance and worrying aloud about it, that sends her an unfortunate message: Her appearance is more important than other aspects of who she is, and something about her appearance is not good enough,” says Patricia Celan, MD, a senior psychiatry resident at Dalhousie University in Canada.

“Society does enough of this – let her family show her otherwise.

“Don’t fixate on making comments such as, ‘You’re so tall,’ especially not in a negative or worried tone.”

A comment of “You’re getting so tall” may seem benign if spoken in an enthusiastic tone, but it can be a gateway to comments such as, “I sure hope you don’t get any taller,” or, “If you get any taller you’ll be bigger than all the boys on this block, and we don’t want that.”

Dr. Celan continues, “If your daughter seems to have a passion for sports, for arts or for learning in any particular subject, make sure you’re not diminishing the value of those things by letting her believe her world should revolve around her height.

“Try tailoring comments to be less about appearance and more about her interests and her personality, so she can develop into an emotionally healthy and fulfilled young woman rather than someone who is forever insecure about whether or not her appearance is good enough.”

Proof in the Pudding

There is a tall woman’s site that has a section where women could post their feelings about their height.

I never knew that so many tall women could actually be suicidal over this, but that’s what a striking number of comments say.

And even more of them literally weep over their height and blame it on all the bad things that have ever happened to them such as romantic relationships gone bad and childhood bullying.

They slouch, avoid heeled shoes like the plague and are constantly tortured by self-consciousness.

After reading their posts, you’d think they were cursed with giant brown hairy warts all over their face and fungus growing out of their head.

So your five-year-old girl is growing super fast or maybe has always been very tall for her age, towering over her kindergarten classmates and even being taller than older neighborhood children.

Sometimes she’s mistaken for a seven- or eight-year-old. Does this upset you?

Ever see the commercials for St. Jude’s Children’s Research Hospital? Maybe you should pull these up on YouTube and watch them for awhile.

I’m pretty sure that every one of those parents in these commercials would trade their child’s cancer for a very long — and healthy — body.

Imagine learning your very tall five-year-old daughter’s leg pain is from bone cancer and that the leg needs to be amputated. 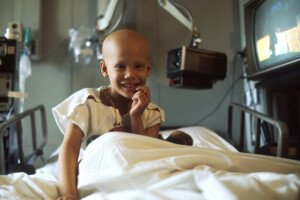 Hmmm, suddenly, her height won’t matter to you so much.

The women on the tall women’s site, I have to believe, had mothers who continually showed languish over their height growing up.

These women, as little girls, internalized this worry and unhappiness over their height and grew up to bear this cross.

It reminds me of an article I wrote for a magazine years ago about what makes a child so fearful of the dentist – even though they’ve never experienced any pain from a dentist.

It’s the same concept with height: “If Mummy is worried I’m getting so tall, then it must be a really bad thing.”

So the little girl learns – from her own mother (and maybe even Dad) – that being tall is something awful. The foundation has been laid; the trajectory for her growing-up years has been set.

Everywhere she goes she will feel mercilessly self-conscious about her height, and this self-loathing will attract bullies like a light drawing moths.

If your daughter is on course for being a very tall woman, then embrace it. It is just SO COOL when a woman is very tall! 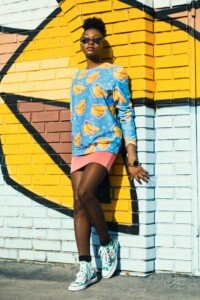 The other day I saw a woman in line at McDonald’s – she must have been close to six feet.

Her husband must have been close to 6-4. He was holding their preschool daughter.

It’s a pretty good bet that the girl’s final height will be well over six feet, and that all through school, she’ll tower over her classmates. Lucky her!

If parents embrace their tall daughter’s height, this will set a very positive, rewarding trajectory. Quit your bellyaching and just be thankful your child is healthy!