Could Carrie Fisher Have Prevented Her Heart Attack? 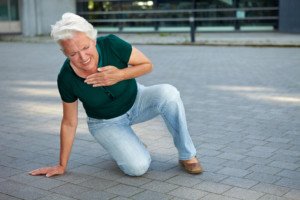 There are steps Carrie Fisher could have taken, other than healthy diet & exercise, that may have prevented the heart attack she suffered on an airplane.

Drugs, alcohol, smoking and crash dieting have been blamed on Carrie Fisher’s heart attack on an airplane.

I was inspired to write this article after reading specific types of comments to news reports about Carrie Fisher’s heart attack.

It goes like this: Someone comments that Carrie Fisher’s poor diet and use of substances caused the heart attack.

Then a slew of opposing comments follow, to the tune of:

• Anyone can get a heart attack.

• A heart attack can strike a healthy, jogging vegetarian.

• Genetics plays a large role; not much you can do to prevent it.

• My uncle (or father, husband, wife, sister) ran five miles a day, played tennis and never smoked a single cigarette or had so much as a sip of beer, then had a heart attack at age 48. Not much you can do.

None of these comments mention the prevention of heart attack via heart disease screening tools.

Every woman gets an automatic risk factor for a heart attack on her 50th birthday–depending on which medical institution or cardiologist you speak to. But mayoclinic.com puts the marker at 55 for women.

All women, once they turn 50, should undergo heart disease screening!

A person who is hooked on painkillers, cocaine, smoking and drinking, and who doesn’t embrace a workout regimen, probably isn’t going to care too much about routine heart disease screening.

Unless they have chest pain and difficulty breathing—and even then, many people let these symptoms go, figuring they’re caused by stress or normal aging.

We don’t know if Carrie Fisher had been having symptoms in the weeks or months leading up to her heart attack and kept quiet about them.

But could she have prevented the heart attack with heart disease screening beginning at age 50?

And nobody says that screening for women must begin at 50; a 35-year-old woman is just as welcome to visit a cardiologist to see if everything seems okay.

She can request an echo stress test; this measures blood flow through the heart during exercise.

And an echocardiogram measures heart function and structure.

The calcium score test shows the extent of hard or calcified plaque in the coronary arteries. When this stable plaque is present, its amount is correlated to a number: the calcium score.

Calcium scores strongly correlate to the presence of SOFT (unstable) plaque. Soft plaque is the type that can rupture, causing a heart attack.

That’s because there are other pathways to a heart attack other than clogged arteries, such as atrial fibrillation, a heart rhythm disorder. This can cause blood to pool in the heart, leading to clots—causing a heart attack.

It really is fair to wonder if Carrie Fisher’s heart attack could have been prevented had she begun getting annual screening for cardiac problems even five years prior to her death.

• What would the various tests, including an EKG, have picked up?

• What would her calcium score have been?

• What would her cardiologist, had she seen one, recommended, based on those test results?

• Maybe she would have been placed on simple aspirin therapy.

• Maybe she would have been advised to have a catheter angiogram if her test results were very concerning (especially if she was having suspicious symptoms—which we still don’t know if she had or not) which then would have revealed a blockage that could have been corrected with a stent–or bypass surgery.

• Even just one test result—the calcium score, if suggestive of heart disease—can frighten a person into taking immediate and aggressive measures to halt its progression and prevent a heart attack.

So whether you think that heart attacks strike people randomly, regardless of their lifestyle habits, or are largely determined by genetics or Martians, this does NOT take away from the fact that cardiac-problem screening can go a tremendously long way in preventing heart attacks!

Even people with healthy lifestyle choices should get screened for heart disease.