Can Food Alone Flatten Your Belly? 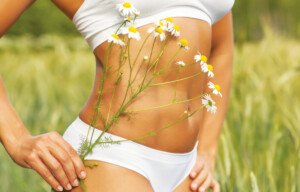 While LESS food can shrink fat cells in your stomach, what about a particular food that actually shrinks fat cells?

There’s a lot of information out there about foods that allegedly “shrink the stomach,” “flatten the belly,” “make your abs show,” etc.

Let’s face it: No particular food or category of foods has a shrinking effect on the fat cells located in your stomach—or elsewhere, for that matter.

Whether your big stomach is out of proportion to the rest of your body, or your entire body is excessively big, there is no specific food that has a flattening or shrinking effect. 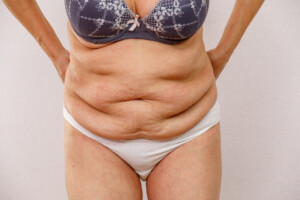 This is not to be confused with consumption of FEWER calories. If you eat fewer calories than your body burns (negative caloric effect), your fat cells will shrink; your midsection will get smaller as you lose weight.

A negative caloric effect can be achieved by only taking in fewer calories and not changing one’s physical activity.

A negative caloric effect can also be achieved by increasing physical activity and not changing one’s food consumption.

The best way to achieve a negative caloric effect is to both 1) Eat fewer calories and 2) Exercise more.

Now, within this basic two-prong guideline there are ways to speed up metabolism and change the shape of your body.

For example, intense compound (multi-joint) strength training will change body composition and, along with food portion control, flatten the stomach over time. 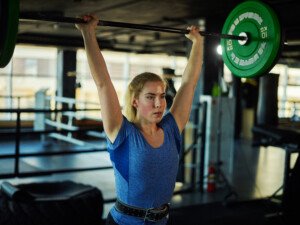 People who are “skinny-fat” often do not overeat, but lack of muscle tissue is the reason for their potbelly.

They can flatten this belly with intense strength training without changing their diet.

I’ve seen this happen with my clients when I was a personal trainer.

Eating certain foods will not flatten the tummy.

If the layer of fat that envelopes your midsection is thick, you will have excess girth.

Those big fat cells are stored energy. It’s not being used. You must force your body to raid these energy reserves.

Eating a certain kind of food won’t accomplish that. But slamming your large muscle groups with compound strength movements WILL. So will high intensity interval training.

If you’re not overeating to begin with, there won’t be much room to create a caloric deficit from eating less.

And even if you do chow down a lot every day, if all you do is cut your calories in half — sure, you’ll lose weight — but…you’ll still have the same shape body, the same composition.

You’ll just be a smaller version, and you will still have a pouchy or plump gut due to lack of lean muscle mass (from lack of strength training).

Muscle subsists on body fat. If you have low muscle volume, what’s going to burn off the pudge?

In summary, there is no such thing as foods that flatten your belly. If there were, nobody, really, would have a plump middle, now would they?