Can Certain Foods Really Flatten Your Stomach and How? 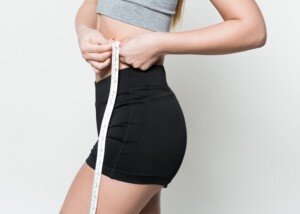 Have you been hearing about “flat belly foods” lately?

Can certain kinds of food really help flatten out the pudge in your stomach?

Foods that can take inches off your waistline are much sought after by anyone who’s been struggling with a thick middle that doesn’t want to budge.

There are some very effective ways to trim and flatten one’s midsection.

Unfortunately, there’s no food — as far as its composition or ingredients — that will directly cause this to happen.

Think of how silly it is to believe in the “flat belly foods” myth. If you’ve been subscribing to this myth, how come it hasn’t worked for you?

Do not confuse caloric restriction (which will shrink fat cells) with the idea that certain foods have a magical effect on shrinking tummy fat cells.

Have you ever asked yourself, “If there are foods that can flatten my stomach, why don’t these same foods flatten the pudge on my back, or the blubber on my upper thighs, or the excess blub in my upper arms?” 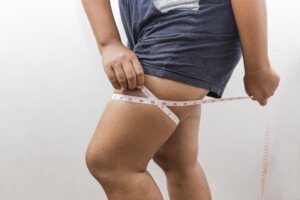 Here’s another good question: “Is there a difference in the fat cells in my belly that explains why these magical foods work only in that location, but not in my thighs?”

“Thermogenic”
Maybe you’ve heard that certain foods are thermogenic, such as lemon, coconut and green tea.

Do not confuse “thermogenic” with belly flattening! Thermogenic means that these foods have a very tiny effect on increasing metabolism.

This effect will have no more influence on your stomach than it does on your thighs.

It’s only hype that certain foods can flatten the belly, and this hype is perpetuated by misguided people, which include writers who want to write about a popular topic.

I’m writing about it, too, but instead of hype, I’m giving you the truth.

To lose weight, you must burn more calories than you consume.

There’s been all this stuff out there about hormones influencing metabolism, hunger and bodyfat distribution (leptin, ghrelin, estrogen, cortisol), but the bottom line — when you get right down to it — is calories in vs. calories out.

This is why people have done experiments with fast food: losing weight on a fast food diet that involved portion control and hence, fewer calories consumed.

Plus, a diet of mostly health-giving foods in their natural state (as opposed to processed) will promote optimal metabolism, raising the number of calories you can consume daily while still maintaining a healthy body weight.

In addition, to speed up resting metabolism and shift body composition to more lean mass and less fat tissue, you must exercise.

The more lean mass you have, the faster your resting metabolism. Intense strength training and HIIT elevate the body’s natural fat-burning hormones! 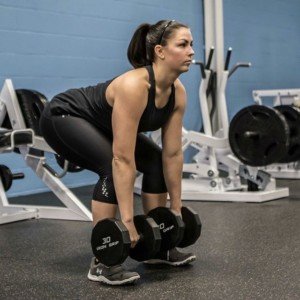 Lemonade (homemade, not junk like Countrytime) is a superb alternative to soda and commercially prepared juices.

Green tea is packed with antioxidants, and fish is great for the heart.

But no substance in these foods, as well as almonds, eggs, berries, apples and yogurt (other foods hyped up for flattening the belly) goes directly to stomach cells and siphons them of their fat.

Writers have a way of twisting the truth. For example, Pennsylvania State University researchers found that people who ate low-fat-cream or broth based soup twice a day lost more weight than subjects who ate the same amount of calories in the form of snack foods.

This information was included in a health website’s article listing the best belly flattening foods.

If you lose weight, of course some of it will be from your stomach! But don’t tell me that soup — which in canned form is highly processed — has a magical fat busting effect that’s specific to the stomach and not the thighs, butt, back or upper arms.

But those study subjects lost more weight on the soup, right?

Yes, and it’s probably because people who stick to low-fat-cream or broth based soups are going to feel better about their health vs. if they munched on Cheetos, cookies or candy — and this will carry over to better eating habits OVERALL, as well as an improved ability to stick to exercise—all of which contribute to more successful weight loss!

Furthermore, the snack foods that the other study subjects ate probably made them hungrier, causing them to consume more total calories by the end of the day.

Processed simple-carb snack foods cause a blood sugar spike, which prompts the pancreas to pump out insulin to lower the blood sugar.

In conclusion, there’s no such thing as belly flattening foods; it’s all hype, no truth.

The best way to flatten your middle is to commit to intense strength training and HIIT, combined with portion control of food.

In addition, replacing table sugar with Stevia when you want to sweeten your beverages or foods will help cut calories.