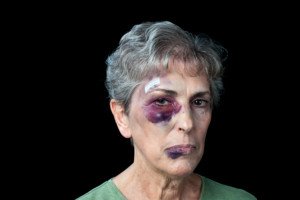 Just how common is it for grown children of abusive parents to get revenge on mom and dad?

With all the mistreatment of children out there, it’s fair to wonder what percentage of adults, who were abused (physically or emotionally) by a parent ever seek revenge.

“It’s not all that common for even abused grown children to abuse their parents; they’re more likely to pass the abuse onto others,” says Tina B. Tessina, PhD, a licensed psychotherapist in Southern California who counsels individuals and couples, and is author of over a dozen books including “It Ends With You: Grow Up and Out of Dysfunction.”

However, she adds that once the formerly bullying parent becomes vulnerable as a result of aging, the so-called elder abuse is more likely.

The grown child may not even premeditate this; rather, it’s a spontaneous reflex and may take the form of aggressively grabbing the frail arm of a demanding elderly parent and ordering them to shut up. Often, elder abuse has its seeds.

Nevertheless, even before adulthood, a victimized older child may turn the tables, though it may be in the form of self-defense rather than premeditated revenge on the abusive parent.

A 14 year old boy, for instance, four inches taller and 20 pounds heavier than he was several months ago, may turn on his abusive mother when she begins raging on him.

“But, unfortunately, sons are more likely to emulate the abusive parent than to abuse back,” says Dr. Tessina.  “Abused children more often leave their parents and are estranged.”

However, this can bite harder than premeditated physical revenge or spontaneous physical aggression.

I once heard of a woman who was regularly berated by her mother while growing up.

The mother had a business specializing in wedding dress alterations. The daughter moved far away and for years had very little contact with her mother, until she announced her engagement.

The bride-to-be paid a stranger a lot of money to alter her wedding dress, even though her mother offered to do it for free.

Imagine how hurt the mother was when her daughter had a stranger alter her dress.

This wasn’t revenge on an abusive mother; the daughter simply refused to subject herself to a controlling, critical mother, a toxic experience she anticipated would have occurred had she stood there in her mother’s home for extended periods while being fitted for the dress.

When grown kids take revenge on abusive parents, what form may it take? 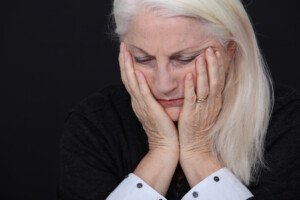 The “revenge” is usually not premeditated, though the parent may perceive the grown child’s choices as revengeful.

Dr. Tessina notes that for her clients, the more common revenge is that of distancing themselves from the parent, “to heal and become stronger.”

The distancing means that when the grandchildren come along, the grown child’s parent doesn’t get to see them too often.

Why don’t more adults, abused as children, seek out revenge on their parents?

It’s odd, but you’d think this would be a common occurrence. And maybe it IS more common than anyone realizes, but it goes unchecked.

For example, an elderly and infirm man lives with the son whom he habitually beat or emotionally harangued many decades ago.

Nobody would necessarily know that this 80 year old man, who no longer drives and is dependent upon his son, is the recipient of his son’s raging temper, or various “punishments” such as being fed dry cereal for dinner or being locked in his room.

Nevertheless, it’s presumed that only a small percentage of kids, abused by their parents, grow up to deliberately seek out revenge, e.g., taunting them that they’ll never see the grandkids, messing up their house during visits, stealing money.

So why is revenge on abusive parents so infrequent?

Dr. Tessina explains, “They were overpowered by hostile, powerful, abusive adults as children, so confronting that powerful monster they remember is very hard. It’s easier to withdraw and cut off contact.”

The abused child may grow up to be a 6-3, 230 pound football player and still be afraid of his 5-2 middle-aged mother  —  the very woman who used to beat him with a belt at every turn.

So though abused children are not likely to get physical revenge on their parents later on in life, this doesn’t mean that cruel parents should have no fear of future repercussions from mistreating their helpless young children.

After all, few things hit harder than being forbidden to see the grandkids.