Did Your New Boyfriend’s Dad Beat His Mom? Beware 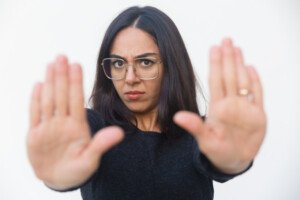 If your new boyfriend’s father beat or abused his mother, you’ll want to reconsider getting involved with him. He may repeat this pattern with YOU.

If a man’s mother was beaten by his father, shouldn’t a woman avoid dating this man since abuse tends to be passed down to the next generation?

This isn’t about what percentage of boys, whose fathers beat their mothers, grow up to repeat this behavior.

It’s about what percentage of abusive men grew up in a home where their father beat their mother.

If you think these two scenarios are the same, please carefully reread them.

81 percent of men who abuse women had fathers who abused their mother. (Source: “The Effects of Domestic Violence on Children”, N.J. Department of Community of Community Affairs, Division of Women.)

It’s no secret that domestic violence is cyclic or legacy-based.

Here’s another statistic: Young boys who grow up in homes of domestic violence are a hundred times more likely to become abusers than boys from stable homes. (Source: Violence Against Women: Victims of the System  –  Washington D.C.: U.S. Senate Committee on the Judiciary).

Find out if Your New Boyfriend’s Father Abused His Mother

When a woman develops an interest in a man, seems she should find out as soon as possible how his father treated his mother before allowing herself to become emotionally invested in him.

Before asking about his degree, musical tastes, what kind of car he drives, if he likes to dance or what kind of job he has, shouldn’t a woman first find out if his father was cruel to his mother?

“Yes, it does make sense,” says Tina B. Tessina, PhD, a licensed psychotherapist in Southern California who counsels individuals and couples, and is author of over a dozen books including “It Ends With You: Grow Up and Out of Dysfunction.”

Dr. Tessina continues, “It is possible for a man who grew up in violence to renounce that violence, but it’s difficult for the woman to make sure his respectful behavior is not just a veneer.”

Also learn about his past romantic relationships by getting to know his friends, if possible.

“If he doesn’t want you to meet his friends or family, or he has none, it can be a warning sign,” adds Dr. Tessina.

“Be interested in his past without interrogating him.  See if you can get him to show you pictures of the past  –  or if you meet his sister or mother, ask to see pictures.  Talking over pictures can show you a lot.”

It may be very challenging to find out how the father of the man who has your eye treated his mother, but make this a priority.

Remember, domestic violence tends to get passed down to the next generation. 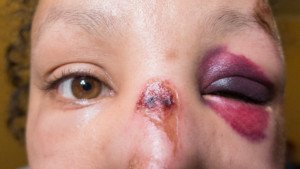 The nicest man in the world during courtship could be a monster in concealment. Don’t be skittish about finding out if his father abused his mother.

But if this is true, your new boyfriend may not even realize this. He may think that his mother “deserved it,” or that’s how a man is “supposed to” treat his wife.

He may have had this kind of thinking ingrained into him since early childhood — either as a learned way of thinking or as a coping mechanism for the emotional pain.

So rather than straight-out ask, “Did your father ever beat or abuse your mother?” instead ask something along the lines of:

“How did your dad usually respond when he got mad at your mom?” or,

“When your mother did or said something that angered your father, what did he usually do?”

You can also ask, “Did your dad ever hit or shove your mother?”

Framing  the questions this way is more likely to bring out an objective truth, such as, “Oh, he’d usually smack her one.”

Run for the hills if you hear a response like this.

Before you even give a new man a chance to become your boyfriend, find out if his father abused his mother!