Traits of Women Who Are Abuse-Proof 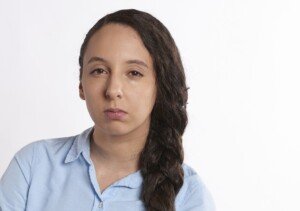 It’s not always luck that some women never end up with an abusive partner; some really are abuse-proof.

We can’t put every woman into the same box and say there’s no such thing as an “abuse-proof” woman.

Have you ever wondered why some never end up with an abusive man? Is it luck? Is it because she never encountered him? For some, yes. But not for all women.

For this article I consulted with Tina B. Tessina, PhD, a licensed psychotherapist in Southern California who counsels individuals and couples, and is author of over a dozen books including “It Ends With You: Grow Up and Out of Dysfunction.”

In fact, a 5’2, 105 pound woman may begin dating a man, and after a few weeks, they get into a disagreement about which restaurant to go to. He shoves her into a wall, then grabs her arm and flings her onto the bed.

Some women will continue dating this man and may even marry him, thinking his violent behavior was her fault, or that she could “change” him.

On the other hand, the abuse-proof woman, all 105 pounds of her, will get off the bed, shake herself off, and if it’s his house, she’ll immediately leave and have NO interest whatsoever in ever seeing him again. And she’ll stick to her guns about that.

Now, if the assault occurred at her house, she’ll figure out a way to get rid of him without risking her safety, then never have anything to do with him again.

That’s abuse-proof: Some women have a “one strike and you’re out!” policy.

What makes a woman abuse-proof?

“Women who grew up in an atmosphere of respect and caring are much more likely to be able to tell a bad guy from a good guy,” says Dr. Tessina.

Being abuse-proof is more likely when a girl grows up with a caring, loving father who respects her, her mother and other women in her life. This girl will grow up having expectations of how a man should treat her.

“Women who feel able to take care of themselves will also be more abuse-proof,” adds Dr. Tessina.

If a woman has earning power and family support, she is less likely to be drawn to an evil man who promises, “I will take good care of you.”

Not that such promises always mean trouble; plenty of wonderful men tell their girlfriends this, and then follow through for the next 50 years of marriage.

But Dr. Tessina also says, “If a women feels too dependent on a man to take care of her, she is vulnerable.”

Being abuse-proof begins with recognizing tell-tale signs of a controlling, wicked man. “Women who realize that even small incidents of abuse are unacceptable won’t stick around for more,” explains Dr. Tessina.

“When I talk to abused women in my counseling practice and teach them what to look for, they realize the signs were there from the beginning.”

It is never justified to criticize a woman who comments that she is abuse-proof.

Again, this is about the “one strike and you’re out!” policy. Those who live by this policy aren’t the ones who make the news, so this creates the illusion that it’s an impossible feat for any woman anywhere to be immune to allowing a man to chip away at her self-esteem.

Women deserve more credit than to be lumped into the same cookie cutter box.