Why Don’t Most Grown Abused Kids Beat Up Their Parents? 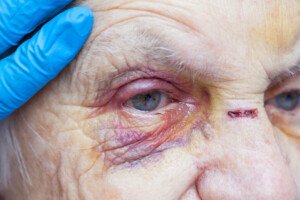 So I’m not talking about middle-aged people beating up their elderly parents, but rather, 20-somethings reversing the cycle on their middle-aged parents who may be in their 50s or even 40s.

This is a very fair question: Why don’t most people who were beaten by their parents grow up to abuse these parents?

I don’t mean controlled spankings. I mean beatings — the type that result in injuries that need medical attention, or even the type that don’t, but that leave visible marks.

I also mean the type that involves serious intimidation even though there’s no bruising or injury, such as pushing a child to the ground, or yanking them around by their hair or ears, shoving them into a wall, pulling chairs out from under them, striking them with objects, etc.

At some point, this physical abuse ceases — not because the now-older child suddenly starts behaving in a way that pleases the bully parent, but because the parent one day begins realizing that their child has grown big enough to fight back.

Revenge and the Natural Course of Things

My question isn’t about a premeditated revenge, where the victim, now 19 and out of the house, no longer dependent on the parents, wakes up one morning and thinks, “Okay, Dad used to beat me; next time I see him I’m gonna wail on him.”

It’s not an issue of premeditation, of planning or plotting “for all those times.”

Rather, it’s a matter of what’s been ingrained into the bones of the victim.

So when the victim as an adult is in the presence of the former abuser, there’s a dynamic going on that can predispose the victim to physical aggression.

The victim may be set off by a simple comment by the former bully, or perhaps the parent incites an argument and next thing the former child-victim knows, he or she is physically striking out.

This same victim can be perfectly capable of rescuing a kitten from a tree or of gently soothing his own crying child who just fell out of a toy wagon.

But when there’s a history of violence, and the former victim is now in control, that victim could have a meltdown that’s triggered by something either relatively innocuous or an insult by the formerly-abusing parent. 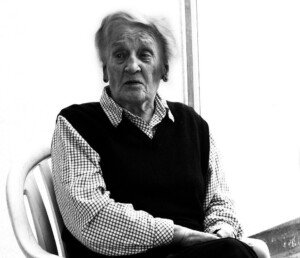 Most people who were physically abused by their parents, however, do not eventually turn the tables, even as they see these once-frightening adults become weaker with age.

“People who were physically abused as kids may be expected to physically abuse their own children, but research shows us this is not often the case,” says Patricia Celan, MD, a senior psychiatry resident at Dalhousie University in Canada.

“These same people are also not likely to abuse their own abusive parents,” continues Dr. Celan.

It’s important to understand a concept that gets past many people. It’s the concept of:

So we know that most abused children do NOT eventually abuse the parents who mistreated them.

However, what’s the background of those adults who DO abuse their parents? Were most of them abused by those parents when they were growing up? This is an extremely fair question.

If this concept has you confused, here’s a simpler analogy:

Dr. Celan explains, “Elder abuse does happen, where perpetrators are often adult children, but we don’t see it happening more among those who were abused by their parents.

“Currently, we don’t have research to explain why, and we can only speculate.

“Experiencing abuse can be very traumatizing to a child, with multiple long-lasting effects.

“Those who have suffered through the trauma typically tell themselves that they will not be like their parents, and they may take steps to ensure this by seeking therapy, avoiding childbearing or by cutting off contact with their abusive parents.

“These reasons combined could explain why victims of abuse are not necessarily abusive themselves.

“However, it’s important to emphasize that we don’t have research to explain this beyond speculation.”

As for cutting off contact with those parents, this can actually be viewed as a passive, though unintentional, form of retaliation.

Certainly, there are aged people out there who are very heartbroken that they’re not permitted to see their grandchildren.

A fair speculation is that the middle generation’s mindset is, “Dad abused me; he’ll probably abuse my son; I can’t let him be with my son,” rather than, “I’m gonna get revenge on my abusive father by not letting him see his grandson!”

Another example of “revenge,” if you want to call it that, is the estrangement.

Even a once-abusive woman can be deeply hurt when her grown daughter doesn’t call her on Mother’s Day.

And Dad, the monster he once was, is deeply saddened that his adult son is always too busy to join him for coffee or to hit some golf balls on a Saturday.

But what about that big question: Why don’t most grown kids beat their once-abusive parents?

They may repeat this cycle onto their own young children, but continue remaining fearful of their aging parents to the point where they are still intimidated by simply being in the same room — even though the aging bully is frail and arthritic.

The aging, shrinking parent will always be that looming, threatening force in that grown child’s mind — which in some ways, is still prone to childlike fear.