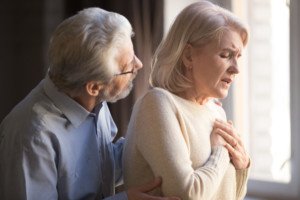 A pulmonary embolism is a blood clot in the lungs, and can be fatal within a minute, and for women who sit a lot on a daily basis, their risk is two to three times higher than in more active women.

This 2011 conclusion appears on the British Medical Journal website. An inactive lifestyle ups a woman’s risk of pulmonary embolism, plain and simple.

The conclusion was reached following an 18-year study of almost 70,000 female nurses who provided detailed information concerning their lifestyle.

Variables such as body mass index, age and smoking were adjusted for.

Not surprisingly, the investigation also revealed that a sedentary lifestyle correlated with high blood pressure and heart disease, and these conditions could quite possibly be driving forces behind pulmonary embolism.

There are a number of ways to reduce sitting time outside the workplace.

If you’re concerned about pulmonary embolism, consider the following strategies for cutting back on the amount of time you spend sitting.

–   Treadmill desk. A cheap model can serve as a desk for your computer at home, so that you can very slowly walk (sub-1 mph will do) while perusing the Internet.

–   Set a timer for 45 minutes every time you sit before the computer. When it goes off, do something on your feet for several minutes.

–   Stand while watching TV. This isn’t as dreadful as it sounds. You’ll get used to it. You need not stand still. You can march in place or tap your feet side to side, or pace frontward and backward for several steps.

–   Stand while going through the mail or eating a snack or even a bowl of cereal.

You should also be aware of how much time you sit at the gym, and I don’t mean during seated strength training exercises.

I mean in between sets.

Keep on your feet your entire workout, unless it’s time to lie down for a bench press or sit for an overhead dumbbell press or cable row.