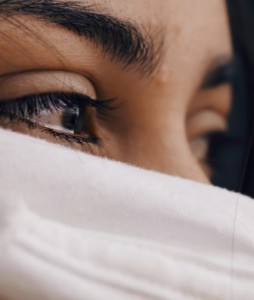 Cymbalta is an antidepressant that can be used to treat depression caused by narcotic painkillers such as Norco/Vicodin, Percocet, OxyContin, codeine, etc.

Yes, narcotic painkillers can cause serious depression as a side effect. This side effect, if disabling enough, can be treated with Cymbalta, an SNRI antidepressant that also has an on-label use as a painkiller; namely for nerve discomfort.

I asked questions about Cymbalta for depression caused by narcotics to Jacob Teitelbaum, MD, medical director of the Fibromyalgia and Fatigue Centers nationally, and author of “From Fatigued to Fantastic!”

Fibromyalgia is a nerve pain disorder that causes pain throughout the entire body, and one of Cymbalta’s on-label uses is for treating the discomfort of fibromyalgia.

Suppose a person has been taking narcotics for pain and develops clinical depression as a side effect.

What do you think of taking Cymbalta (or any SNRI type of drug), to fight this depression?

And in that last scenario, at what point might they quit the Cymbalta (via tapering) with the idea that the narcotic depression is long gone from their system?

“Remember, pain is your body’s way of saying that something needs attention, like the oil light on your car’s dashboard. Add oil and the oil light goes out.

“Treat with SHINE, and the pain often goes away. Other treatments can be tailored to the specific type of pain as well (e.g., vitamin B6, thyroid and wrist splints for carpal tunnel syndrome).

“Six months into pain being relieved, it is reasonable to taper down the dose of pain meds if pain relief persists.”

If you’ve been incapacitated by depression that seems to have developed at about the same time you began taking narcotics, there’s a real possibility that this mood dysfunction was caused by the painkiller itself; or, the mood disorder may have been pre-existing in a milder form, and then intensified from narcotics use.

Taking Cymbalta in conjunction with your prescription painkillers to combat this secondary depression is something to strongly consider.

If you decide to ask for a Cymbalta (or other SNRI drug) prescription, your doctor needs to know that you believe your depression is being caused or aggravated by your narcotics use.

The narcotic induced depression may also be caused by B vitamin or testosterone deficiency caused by the narcotics, and these deficiencies can be easily treated.