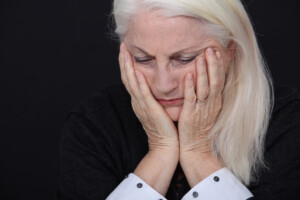 Cymbalta is prescribed for depression and pain, and here is helpful information for people considering Cymbalta or who have already started taking this drug.

When Cymbalta is prescribed strictly for pain (the patient does not have depression), what is the usual starting dose?

“Thirty mg a day for 3-6 weeks; if side effects are not a problem and pain persists, increase to 60 mg a day,” says Jacob Teitelbaum, MD, medical director of the Fibromyalgia and Fatigue Centers nationally, and author of “From Fatigued to Fantastic!”

“Higher doses add significantly higher side effects but minimal improvement in pain relief over the 60 mg a day dose. Unlike most medications, Cymbalta tablets cannot be broken in half.”

I understand that getting off Cymbalta can be very troublesome.

Is this because many people quit cold turkey, or can it be difficult to get off it (withdrawal symptoms, discontinuation syndrome) even if it’s tapered (gradually decreasing dose)?

Dr. Teitelbaum: “Like all serotonin antidepressants (Prozac family), this is the case, and it can take months to taper off the medication.”

Is it true that a person’s body would necessarily build up a tolerance to Cymbalta, such that over time, the prescribed dose loses effectiveness, and then the patient must take a higher prescription? How common is this?

How would Cymbalta, at least a starting dose anyways, affect someone who does not have nerve pain, depression or anxiety? Would an SNRI produce exaggerated side effects?

First of all, feeling depression is part of being human and having a higher-functioning brain. Depression can be caused by life events; side effects from medications; and for unknown reasons.

Depression can be mild, moderate or severe. For some depressions, there is an association between the level of serotonin in the brain and the presence of this mood disorder. The association is a reduced amount of serotonin.

And if the latter is the case, can stressful life events trigger this disruption of serotonin levels?

In the brain are neurons (nerve cells) that have receptor sites for neurotransmitters like serotonin.

After the receptor sites receive serotonin, a chemical process “destroys” the serotonin at that point.

This process is called reuptake. If too much reuptake occurs, low levels of serotonin result  — which is associated with depression.

Drugs like Cymbalta inhibit, or put some brakes, on this reuptake process. The result is a higher level of serotonin, and in many cases, a complete vanishing of depression symptoms.

Cymbalta and other SNRIs, and SSRIs, don’t come without side effects. So before taking Cymbalta, do a risk-benefit assessment, and also keep in mind that if Cymbalta doesn’t work for your body chemistry, there are other similar drugs on the market.

And no matter what you decide, remember, a program of rigorous exercise and sound nutrition will go a long way to fight depression.