How to Get Relief from Fibromyalgia with Cymbalta 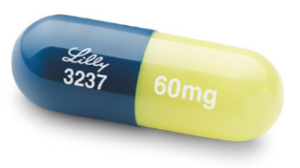 You’ve probably seen the Cymbalta commercials, which begin with, “Where does depression hurt? Everywhere.”

Another of Cymbalta’s on-label uses is for the nerve pain of diabetes neuropathy.

There are a few ways in which Cymbalta relieves the pain of fibromyalgia, which is a pain disorder of the entire body.

Now, from an anecdotal standpoint, Cymbalta can bring on fibromyalgia relief by perhaps suppressing the patient’s perception of physical discomfort (which clinical depression will amplify).

This happened with my mother, but she didn’t have fibromyalgia; she had severe depression.

Coinciding with the depression were a few orthopedic issues, and while in a depressed state of mind, my mother complained that the orthopedic pain was excruciating.

Orthopedic discomfort indeed can be excruciating, but  ….  carpal tunnel syndrome?

Post-surgical discomfort from knee arthroscopy? (After my mother began taking Cymbalta, suddenly, the pain was no longer excruciating; it was merely inconvenient!)

How was it that an antidepressant like Cymbalta would end up with an on-label use for fibromyalgia relief?

“First, they are aware that that anyone with a chronic illness, especially a debilitating one like fibromyalgia, is at risk for depression.

“So physicians take this into account when treating fibromyalgia even if depression/anxiety is not present when treatment begins.

“Prolonged pain in anyone can cause changes in brain chemistry that can lead to depression.

“So physicians prescribe Cymbalta to cover for the depression that so often, at some point, develops in those with fibromyalgia.

“So brain chemistry does change as a result of this often debilitating physical illness.

“It’s impossible to separate the physical from the emotional; this is why depression rates are high in these patients.”

But even if a person with this disorder does not have depression, this SNRI antidepressant has been known to provide relief from the symptoms of discomfort associated with this condition.

Wegmann continues: “Another reason Cymbalta is prescribed for fibromyalgia is due to its powerful serotonin effects. Serotonin is a powerful vasoconstrictor, and since pain is linked to vascular vasodilation, Cymbalta’s constrictive effects help moderate pain.”

If your fibromyalgia is not responding to holistic treatments, and the pain is impossible to live with, your doctor may end up prescribing Cymbalta for pain relief.