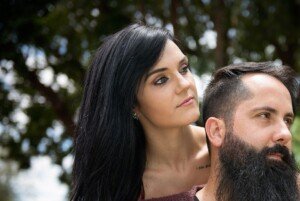 I hope dating taller women doesn’t make you men feel like less of a man. You’d be no more of a man if you dated women shorter than yourselves.

It comes down to: What makes a man a man? Certainly not how tall his woman is.

I was inspired to write this after seeing a woman at the store who was at least four inches or so taller than me (I’m 5-8), and her boyfriend appeared to be around 5-10.

Both were wearing sandals, so regardless of their exact heights, the woman clearly had three inches on him.

They seemed happy together. And to think that a lot of men at 5-10 — average height for young American men — would feel ill at ease or not as macho if their women were tall…taller than themselves.

And to think that many tall women would be bothered if their men were three inches shorter.

What men need to realize is that you are whom you are, regardless of your woman’s height.

It’s sad, but true: Some men (and maybe that “some” is a tiny percentage, but nevertheless, it exists) would feel a threat to their manhood or manliness if they got involved with a tall women, even if the man’s height was 5-10 or even six feet.

I certainly don’t think very tall women look shorter when they are standing next to even taller men.

Recently I was in the store and came up behind a man in the checkout line, who wasn’t that much taller than me.

In heels I’d be eye to eye with him easily. I pictured him with a six-foot-tall woman in heels.

It would have been impossible for this man to be perceived as less manly than he really was, no matter how tall his woman was, because this guy had exquisite muscular development. The bald head added to his machismo.

On the other hand, I see men all the time whom I perceive to be wimpy, nerdy or incapable of “protecting” a woman from a mugger…even though I’ve seen these men by themselves, having no idea what their women looked like.

In other words, the woman standing beside a man doesn’t make the man. The MAN makes the man. If a man is a wimp or a meek geek, this doesn’t change if his woman is shorter.