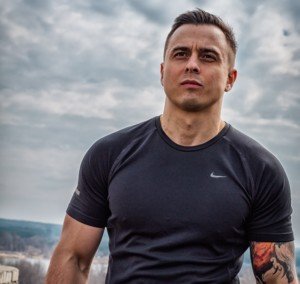 Many men are 5’9, and if this describes you, maybe you’ve wondered if you’re actually short, or just average, for a man.

This is a fascinating topic, because 5’9 is a “limbo” height: It’s often considered borderline very tall for women, and some 5’9 women think they’re way too tall and refuse to wear heels. I’ve seen 5’9 women slouching.

I’m 5-8 and am very good at estimating the height of people.

As for men who are 5’9, this height is interesting because it’s considered the average height of the American male, yet in some countries, it’s actually considered tall for a man.

Now, 5’9 is considered average in the U.S. because the heights of senior citizens, as well as the heights of short men of particular ethnicities (in which men are usually what we’d consider short or below average) are mixed into the statistic.

There is a three-page thread on this topic, titled, “Is 5’9 small for a man?”

If you’re a guy of this height who is self-conscious or preoccupied with being taller, you should read the thread.

The thread’s OP said he overheard two women, both about 5’4, commenting that a man was too short for them; and he was 5’9.

Several other thread posters blasted these women for being shallow.

The postings will lift the spirits of anybody around this height who is feeling down and out about it, including postings from guys who are shorter than 5’9.

It’s been said that if you can’t grow taller, then grow wider. I work out at a gym and there is a lot of truth to this.

A short man who’s ripped with muscle doesn’t as much come across as short in stature.

But a short man with an out-of-shape body (thin, scrawny, paunchy, chubby, fat) definitely comes across as short.

The biggest dude I’ve ever seen, as far as muscle development, is about eye-to-eye with me; not very tall for a man, but Lord Almighty, the size of his shoulders and triceps cancels all of that out.

One thing I can’t resist noting:

When a man comments about how shallow those two 5’4 women are, I wonder if these guys are equally shallow when it comes to dating.

Some men won’t even look at a woman if she’s more than 10 months older than him! This is extremely shallow!

They also pay too much attention to breast size.

So guys, hope you’re not being hypocrites here when it comes to height and dating preferences.