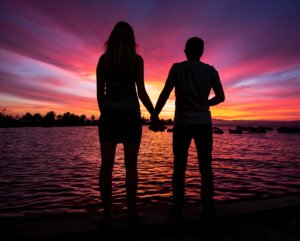 Tall women looking for men can be very particular when it comes to meeting men.

And some tall women don’t care when it comes to meeting men; it’s what’s inside a man that counts. I decided to summarize reasons tall women prefer shorter men.

If a woman is 5-10, a shorter man is considered short by height standards. But if a tall woman is 6-1, a “shorter” man isn’t necessarily short.

Tall women who like short men offer these reasons:

One: Tall men have less character development than short men, because tall men have gotten by on their height; being tall creates a presence when you enter the room.

It’s a fact that tall people have better income earning potential and are more likely to be promoted than short people.

Very few U.S. presidents have been under six feet. (My disclaimer: I think tall men can have as good a character as short men; I’m only summarizing the posts on tallwomen.org)

This all means that the short man has been forced to work extra hard on developing his character and charisma, to compensate for not being tall. This extra development can be a plus in a romantic relationship.

Two: A short man must look up to his tall woman. This makes him look more confident, since his chin is up. (Yes, a tall woman actually posted this perspective.)

Three: If a tall woman gets involved with a short man, which then can lead to marriage, this lowers the odds that her children will be exceptionally tall.

Five: If a tall woman is really tall, like 6-4, and her boyfriend is 6-6, this may attract more annoying attention than if he’s 6-1 or 6-2, since in the latter case, only one of the couple is extra tall.

Six: Being open minded to shorter men means having more of a choice in searching for an ideal partner, especially if the woman is really tall. How many fish in the sea are there for a tall women, at 6-3, who dates only taller men?