Are Men Intimidated by Tall Women? 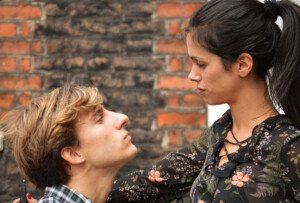 There are tons of posts out there by tall women reporting that “guys are intimidated by my height.”

This message keeps coming up, over and over.

QUESTION: Men, is this really true ???

At the same time, there are plenty of posts by tall women reporting that “men love my height.”

So when it comes to meeting men, does it come down to how tall a woman is?

I have to believe it’s something else, but some tall women or tall teen girls think it’s their height, because being tall is such an easy thing to pin the blame on.

Or, to put it another way, being very tall is an easy way to explain why something doesn’t work out right when meeting men.

Does this mean he’s intimidated by them?

Suppose a man won’t date brunettes, but only blondes or redheads.

Does this mean he’s intimidated by brunettes?

Suppose a man won’t date a woman unless she’s very curvy. Does this mean he’s intimidated by thin women?

What tall women think is intimidation, is more like a preference. Just like a tall woman herself has preferences for the kind of man she’s attracted to, as far as physical traits.

Perhaps a tall woman is absolutely not interested in husky men. Does this mean she’s intimidated by husky men? No. Her desire for slimmer men is a preference.

Thus, a man who’s not interested in tall women is simply acting on his preference, not some intimidation factor.

However, it IS true that a small percentage of men DO feel intimidated or threatened by a tall or taller woman.

It stands to reason that this kind of man would also feel intimidated by an outspoken, strong-willed woman!

Hilary Clinton appears to be only 5-5, yet I’m sure a lot of men would be intimidated by her.

Same with Judge Judy. She’s only 5-1, but a lot of men have no interest in women who are sharp-tongued and not afraid to argue and speak their mind.

The man who’s “intimidated” by a tall woman will also be intimidated by an aggressive, opinionated woman (regardless of her height).

I’ve been told that I’m intimidating, but this is not because of my height, which is 5-8.

I’ve been told it’s because of my eyes! I also believe body language plays a role. A very tall woman can have elegant body language.

A short woman can have masculine or aggressive body language.

A man can be intimidated by a woman simply by the way she holds a cigarette.

If you’re a tall woman who believes your height is scaring off men, you must realize that blaming your height is a convenient way to explain a puzzling situation; it takes the guesswork out.

However, perhaps something else about you is keeping men away. Are you bold and daring? Strong-willed and opinionated? Or maybe you’re TOO shy and slouch ??

Many men LOVE take-charge women who boldly speak their mind. Stop blaming being tall. Some men are intimidated by their own shadows.

Some men are scared of women with broad shoulders or with nicely developed biceps.

But perhaps the biggest turnoff to men is a woman who LACKS SELF-ESTEEM.

So stop blaming your height!