Is Daily Aspirin Beneficial if You Have a Zero Calcium Score? 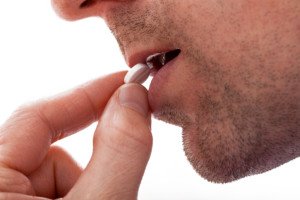 Here’s information if you’ve ever wondered if it would be worth it to take a daily aspirin even though you’re calcium score is zero.

Are you wondering if there would be any benefit to taking a daily aspirin because your coronary calcium score is zero?

Would popping a small aspirin every day make your risk of heart attack even lower?

I wondered about that, as I my calcium score is zero; I figured that adding a daily aspirin would really, really make me resistant to a heart attack.

Now, a study has come out answering this question. Michael D. Miedema, MD, the study’s lead author, says in the paper, “Many heart attacks and strokes occur in individuals who do not appear to be at high risk.”

Dr. Miedema points out that treating only those people with a high risk of heart attack with a daily aspirin means that a “substantial portion of patients” without high risk will go on to have a heart attack that maybe could have been prevented with daily aspirin therapy.

The American Heart Association recommends aspirin for those who have known cardiovascular disease or who are at high risk for a heart attack. This drug is not advised for those at low or even intermediate risk.

Dr. Miedema’s study looked at over 4,200 participants who were followed for about seven years.

They were grouped according to their calcium scores. Heart attack rates in each group were calculated.

Subjects with calcium scores over 100 were two to four times more likely to benefit from daily aspirin than to be harmed, even if they didn’t qualify for daily use according to the current AHA guidelines.

Subjects with a calcium score of zero were two to four times more likely to suffer harm from aspirin than any benefits.

These results stood ground even when traditional risk factors were accounted for.

The results mean that significant plaque buildup means this individual is “much more likely to prevent a heart attack with aspirin use,” says Dr. Miedema in the report, “than to suffer a significant bleed.”

But conversely, if you have a zero calcium score, the daily aspirin would result in more harm than anything good  —  even if you have any risk factors for heart disease (e.g., high cholesterol).

Dr. Miedema says that a zero calcium score “is associated with a very low risk of having a heart attack.” He adds that such individuals may not benefit from preventive drugs.

Well, that does it for me. I have not yet taken the daily aspirin, and I have decided not to.

Why risk internal bleeding, which I’d more likely suffer than a heart attack, what with my zero calcium score?

Nevertheless, if you’re not sure what to do, consult with a board certified cardiologist.